·        LINK blasted over its previous high on an generally red day

Last week was all about Ethereum, which set new record highs on a daily basis and traded just under the €3,000 level with a seven-day gain of just under 40%. Ethereum’s price movement over the last weeks was very bullish and the second biggest cryptocurrency printed 7 consecutive green monthly candles. The ETH price quadrupled in value in 2021 with a market cap of around €330 billion at the time of writing. Ethereum led crypto to new heights last week as the total crypto market cap almost reached €1.9 trillion. 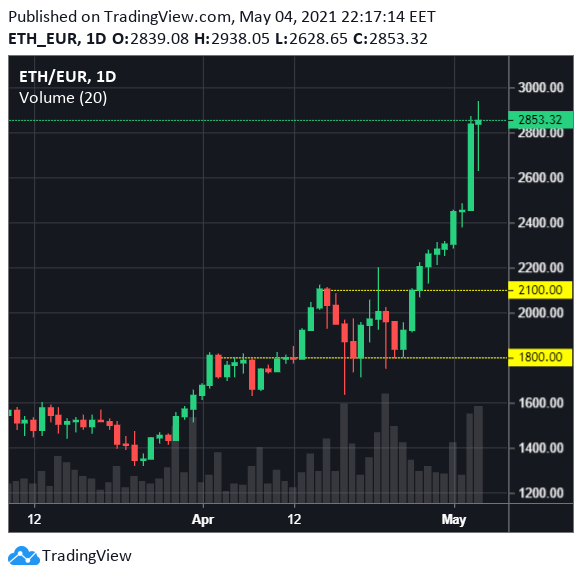 Use cases of decentralised finance (DeFi) are surging and signals continue to mount. The total capital locked in this field crossed the €54 billion mark. All of this has been fuelling ETH’s price as the network continues to present an expanded range of use cases for its smart contracts.

BTC is in a choppy zone as its dominance falls

Bitcoin was moving in the shadow of Ethereum, slowly losing its overall dominance. BTC’s share is now less than half of the total crypto market’s market cap, sitting at 45% at the time of writing, down from the 73% mark at the beginning of 2021. On the other hand, ETH’s dominance has increased to 17.5%. This indicates that the season of alternative cryptocurrencies, also known as “alts” or “altcoins” is here. BTC is moving in the choppy zone and is struggling to climb back above the €50,000 level. 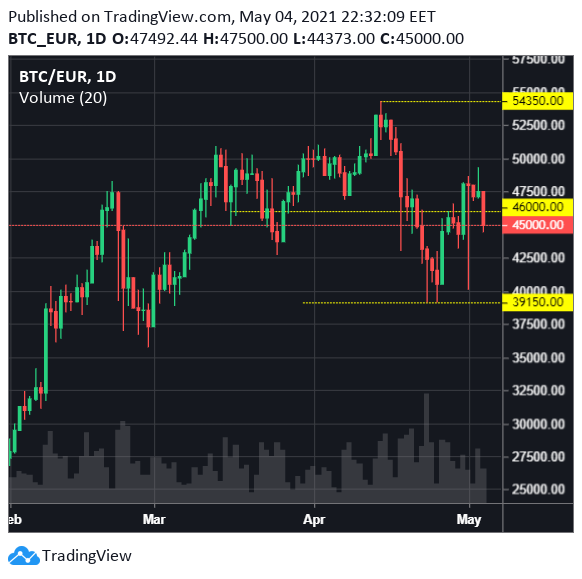 Historically, there have always been great price movements during the days leading up to the expiry date of Bitcoin options. The next one will be on the 21st of May so, according to current positions, option traders are not overly bullish on Bitcoin holding its €50,000 level. Based on the market data aggregate, there is only a 38% chance of BTC reaching the €50,000 level on that date, while there is a 74% chance that BTC will trade above €41,200.

LINK blasted over its previous high on an generally red day

The slower days of BTC helped a few altcoins to gain a larger market share. LINK blasted past its previous all-time-high with a big green candle on a generally red day, after Upshot and Coinversation Protocol had announced the integration of two of Chainlink’s products into their networks. 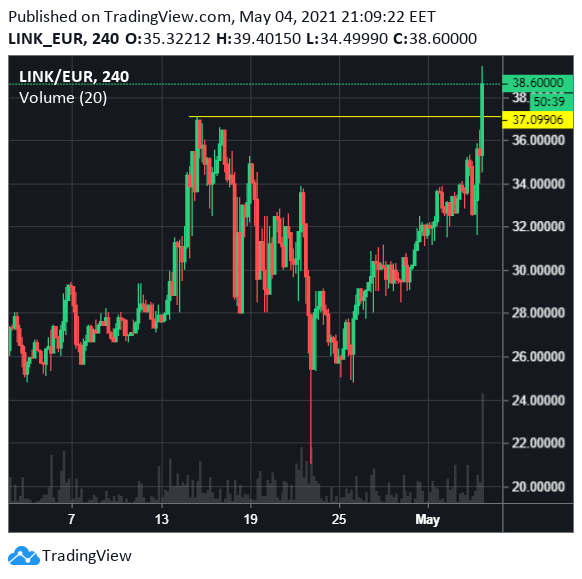 LTC trying to reach its 2017 all-time-high

Litecoin is highly responsive to Bitcoin’s price movement. For the last few days, it has been building some bullish momentum as it tries to get back to the local high of €290. LTC added 40% last week alone, but it’s still one of the few big altcoins that still trade below their 2017 highs. The “lite version of Bitcoin”, as some developers call it, ranks as the 10th biggest cryptocurrency by market cap, valued at €16.6 billion. 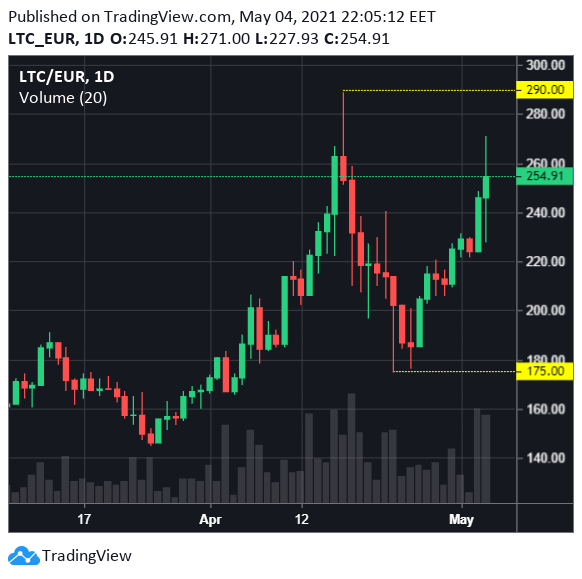 BEST slipped under the €2 level, now trading at almost 30% down from its all-time-high. It’s the first weekly correction after 8 consecutively bullish weeks. Every correction is good for long term sustainable growth, as assets need to find new support levels where buyers take back control. Nevertheless,  BEST has climbed an impressive 700% in this year alone. 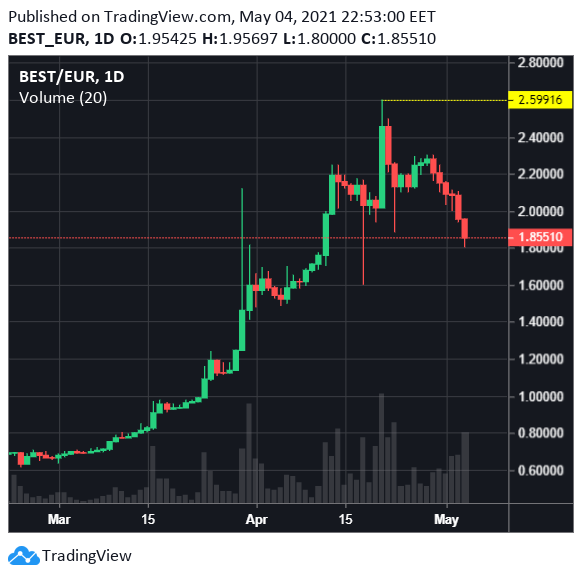 The biggest BEST burn yet took place last week. More than €50 million in BEST was burned! Burn events will take place every quarter until 50% of the total token supply is destroyed. Decreasing the supply of BEST makes the tokens left in circulation more valuable, which is an integral part of the overall BEST burn strategy.