Bitcoin will become legal tender in El Salvador - What does this mean? 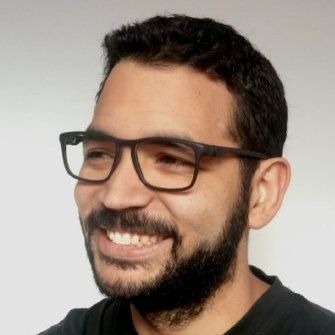 El Salvador is the first country in the world to recognise Bitcoin as legal tender. What does this mean for the adoption of cryptocurrencies in the world? This historic event marks a turning point in Bitcoin’s history.

President of El Salvador, Nayib Bukele, has become a celebrity in the crypto (and financial) world after pushing this proposal through Congress and getting it passed. At 40 years old, his name has appeared in newspapers around the world and on Twitter, he currently has 2.7 million followers and has already earned a place in Bitcoin’s history.

13 years have passed since the publication of the Bitcoin whitepaper in 2008. Since then, we have seen the evolution of its use cases: what first started as a peer-to-peer version of digital cash soon evolved into a store of value similar to digital gold and as a possible refuge from inflation. The reality is that Bitcoin currently serves both purposes.

In El Salvador, as Bitcoin becomes a new legal tender in addition to the US dollar, we can consider it to be more of a means of payment. Salvadorans will be able to pay their taxes in BTC, to use it as a reference for the price of products and services and they will not have to pay for capital gains through Bitcoin transactions.

How does this affect the daily life of the citizens of El Salvador? Simply put, in theory, they will be able to go into a shop and can choose to either pay for their goods with BTC or with USD.

As you know, we can already make purchases around the world with credit or debit cards associated with digital assets, such as by using our very own Bitpanda Card, which allows you to sell the asset of your choice for the value of the item you wish to buy in EUR, for example. When a Salvadoran uses his Bitcoin to buy goods, he won’t be selling his investment, he will be just paying with BTC.

The challenge of digitalisation

The biggest challenge Nayib is facing, and why many still consider the new law an experiment, is that around 70% of Salvadorans do not have a bank account. Until now, in order to pay with a bank card, you also needed to have a bank account. How is a country where the vast majority of its citizens still pay with cash going to adopt a fully-digital cryptocurrency?

The answer may lie in the question itself. Cryptocurrencies don’t require a bank account, only a digital wallet that can be used, for example, from any smartphone. For this reason, Nayib's government has launched the Chivo app, which includes a wallet that enables BTC transactions and BTC/dollar exchange without fees. To incentivise the use of the government app, the citizens of El Salvador will receive $30 worth of BTC for free. In addition, Nayib clarified that it will not be mandatory to use the Chivo app, any compatible wallet will be welcome, they simply want to facilitate access to Bitcoin from the government. Also, the government also said that they not only want to educate people on how to use Bitcoin, but also want to support e.g. shop owners without the necessary hardware. We have to see whether those promises really come to fruition.

Now that we have a first-mover, Paraguay, Panama and Argentina are also exploring ways for Bitcoin to be considered a state-recognised currency. The high inflation that Latin American countries are experiencing is causing their leaders to look for ways to maintain the purchasing power of their citizens. Argentina in particular is known for being open to bold economic experiments, as they went through multiple phases of money debasement and economic meltdowns in the past decades. Cryptocurrencies (and Bitcoin in particular) could be the answer.

The other side of the coin

While we are seeing more and more Latin American countries embrace the leaderless, open-source cryptocurrency Bitcoin, not everyone is a fan of this concept. China has been showing its aversion to Bitcoin for a while: from banning the offering of cryptocurrency-related services to preventing mining within its territory. Why? Instead of Bitcoin, China wants to promote its own CBDC (Central Bank Digital Currency): the digital Yuan. And while not as restrictive to Bitcoin itself, the European Central Bank (ECB) is also getting more vocal about their plans of launching their digital euro. Stablecoins and projects like Libra/Diem, who could also play a big role in the future, also come into the picture as Bitcoin, CBDCs and private money may compete for users.

Could a European country adopt Bitcoin like El Salvador?

At present, there is no clear standard in the European Union that serves as a reference. Each member country is creating legislation according to their own criteria and, in many cases, this leads to confusion. In fact, depending on the country in which you have tax obligations, you will have to pay different fees when you make a profit on the purchase and sale of cryptocurrencies, as they are currently taxed as a financial asset - as if they were shares, for example.

In order to unify these positions, MiCA (Markets in Crypto-assets) is the response proposed by the European Union to regulate and bring criteria closer together. The MiCA document is expected to be ready by 2024.

As we can see, we are still in the early stages of adoption of cryptocurrencies, even the most important one in the market, Bitcoin. El Salvador will be the first real-life example of how a decentralised cryptocurrency works as legal tender. Which country will be the next to promote a Bitcoin law?

If you want to learn more about Bitcoin, visit the Bitpanda Academy.