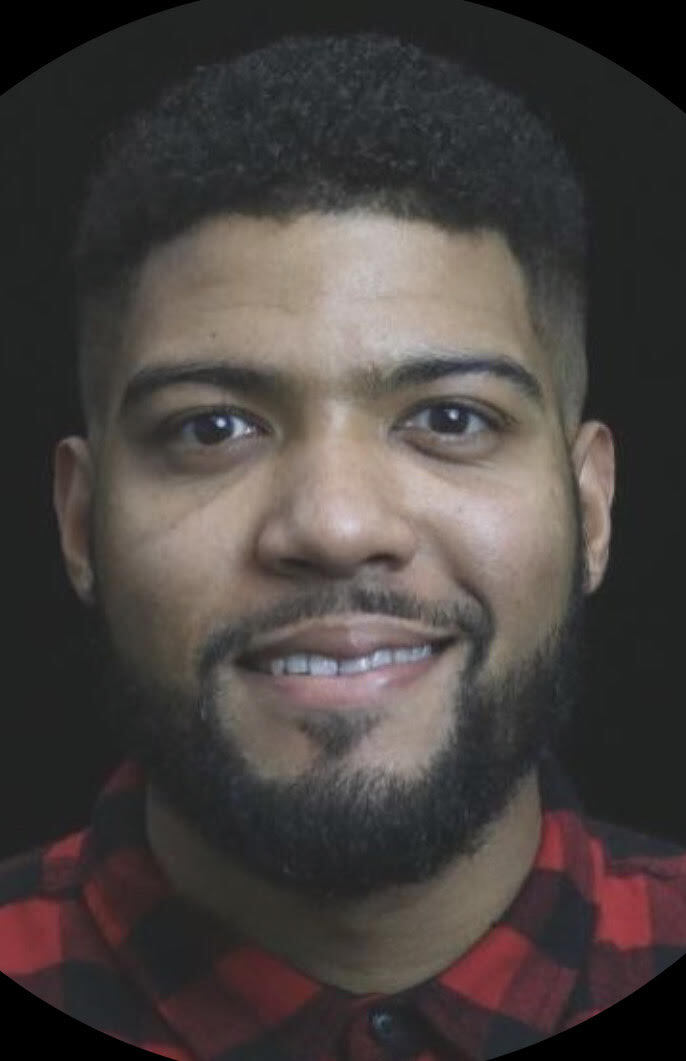 During times of inflation, economic hardship, and geopolitical strife, precious metals have offered a life raft for floundering investors. Gold has long been considered a sound investment in times of turbulence, with modern investors also adding silver, platinum, and palladium to their portfolios to hedge against inflation - but why are these precious metals considered safe-havens?

A brief history of precious metals

Beauty, art, and trade are just some of the reasons why precious metals were coveted by different ancient civilisations across the globe. The Egyptians, Greeks, and Incas placed high cultural significance on gold and silver, using them to create religious items, ceremonial tools, and jewellery. Also, with advanced civilisation came advanced trade, meaning currency became a key factor in the increased popularity and mining of these precious metals.

In 600 BCE, King Alyattes of Lydia minted what is considered to be the first official currency - the Lydian stater, which was made from a mixture of gold and silver that occurs naturally.

Gold in particular has often been used as currency throughout history because it’s rare, hard to source, malleable, and does not corrode. In fact, up until the early 20th century, many countries around the world were still using gold coins as a form of currency.

What is a safe haven?

In times of uncertainty, investors look for opportunities to diversify their assets and maintain stability in their portfolios while the market recovers. A safe haven is a form of investment that’s expected to retain or increase in value during times of market turbulence. These investments are either uncorrelated or negatively correlated to the general market, meaning they are not tied to larger fluctuations in the traditional markets. For this reason, they can help to limit exposure to losses and fortify holdings.

For example, gold is often considered a safe haven for investors because it’s a physical asset that has historically maintained its value over time. Unlike paper money, it cannot be produced exponentially so many see gold as a form of insurance or safety net against economic volatility.

When the market is in turmoil, the market value of most investments falls steeply.

While such systemic events in the market are unavoidable, some investors look to buy safe-haven assets during times of distress. While most assets are falling in value, safe havens either retain or increase in value, depending on the specific conditions of a market crisis.

Though gold and silver are no longer used for currency their modern utility, along with other precious metals such as platinum and palladium, is not in doubt. This is because these precious metals are essential in modern manufacturing methods and ubiquitous in everyday consumer technology such as electronics, mobile phones, cars, and aircraft. Let’s take a look at each of them in more detail.

No commodity is fully guaranteed to survive the torrents of turbulent markets, but there’s a reason why many investors tend to flock to gold when times are tough. Whether it's geopolitical turmoil, periods of extreme inflation or rapid deflation, gold is considered a safe commodity as it doesn’t typically fluctuate with market prices. As a rare and tangible asset in limited supply, gold is seen as a store of value when the value of other assets and fiat currencies can be manipulated. Ultimately, the intrinsic value of gold coupled with mankind’s multi-millennial history coveting the precious yellow metal typically make it a trusted option for investors.

In terms of practical use, about half of all gold in existence is used in jewellery meaning much of its high value lies in its aesthetic attractiveness. Only 10% of gold is sourced for industrial use, which is starkly different from other precious metals. Nonetheless, gold is highly malleable, doesn’t corrode, conducts electricity, and is highly resistant to heat - meaning it’s a perfect material for electrical components and has even been used for shielding in space exploration.

Just as gold is often considered to be a safe haven for investors, in recent times, silver has also become an attractive prospect for those seeking stability in tumultuous economic climates. Silver has historically experienced more price swings than gold as it has a higher usage rate in manufacturing and thus fluctuates with industrial supply and demand cycles. Nonetheless, it is still chosen as a safe asset by some investors as it can provide a low negative correlation to various other assets and potentially decrease overall risk.

Silver’s unique properties such as its ductility, and thermal and electrical conductivity lend to greater technological and manufacturing use with 50% of the precious metal destined for industry purposes. Production of solar cells, air conditioning, semiconductors, batteries, and nanotechnology rely on silver. In addition, silver is also in the medical industry, as it is actually one of the few metals with antibacterial properties. These strong links to industry mean that demand for silver typically correlates with industrial demand, and its price can be linked to overall economic output.

The word ‘platinum’ conjures up images of limitless credit cards, jewellery, and best selling albums, but the rare precious metal didn’t always possess the popularity it has today - in the 16th century, Spanish explorers often mistook platinum for an impure form of gold or silver.

However, since the Second World War, platinum has become increasingly important as an industrial metal because of its resistance to tarnishing and corrosion, high melting point and the fact it’s one of the least reactive metals.

Though platinum’s scarcity makes it desirable for jewellery, 65% of the world’s supply is destined for industrial and automotive use. The unique precious metal is primarily used as an essential component in catalytic converters that transform harmful emissions into carbon dioxide and water - with almost one-third of newly mined platinum being used in these devices. Other uses for platinum include fuel cells, neurosurgical and dental tools, drugs for cancer treatment, and computer equipment. Like other precious metals, platinum’s price is seen as having a negative correlation to the stock market, which means investors consider it as a useful option for portfolio diversification and a safe haven against economic instability.

While palladium was only discovered in 1803 and is relatively new compared with the aforementioned precious metals, it is actually the most valuable of the quartet due to its multitude of uses and scarcity. Palladium is used in a wide range of industries, often serving as a substitute for platinum in jewellery, electrical contacts, and catalytic converters. For a long time, platinum was the metal of choice for car manufacturers but, as prices rose, palladium became a viable alternative. Palladium is also in dental alloys, hydrogen purification, groundwater treatment, and even in the production of concert-grade flutes!

Unlike the other precious metals, palladium is not particularly associated with wealth or exclusivity, but it is extremely rare with high demand and low supply, which make it attractive in hedging against risks. However, as with silver and platinum, palladium does possess some reliance on industrial demand so its price can be linked to the global economy.

Are precious metals a good investment? 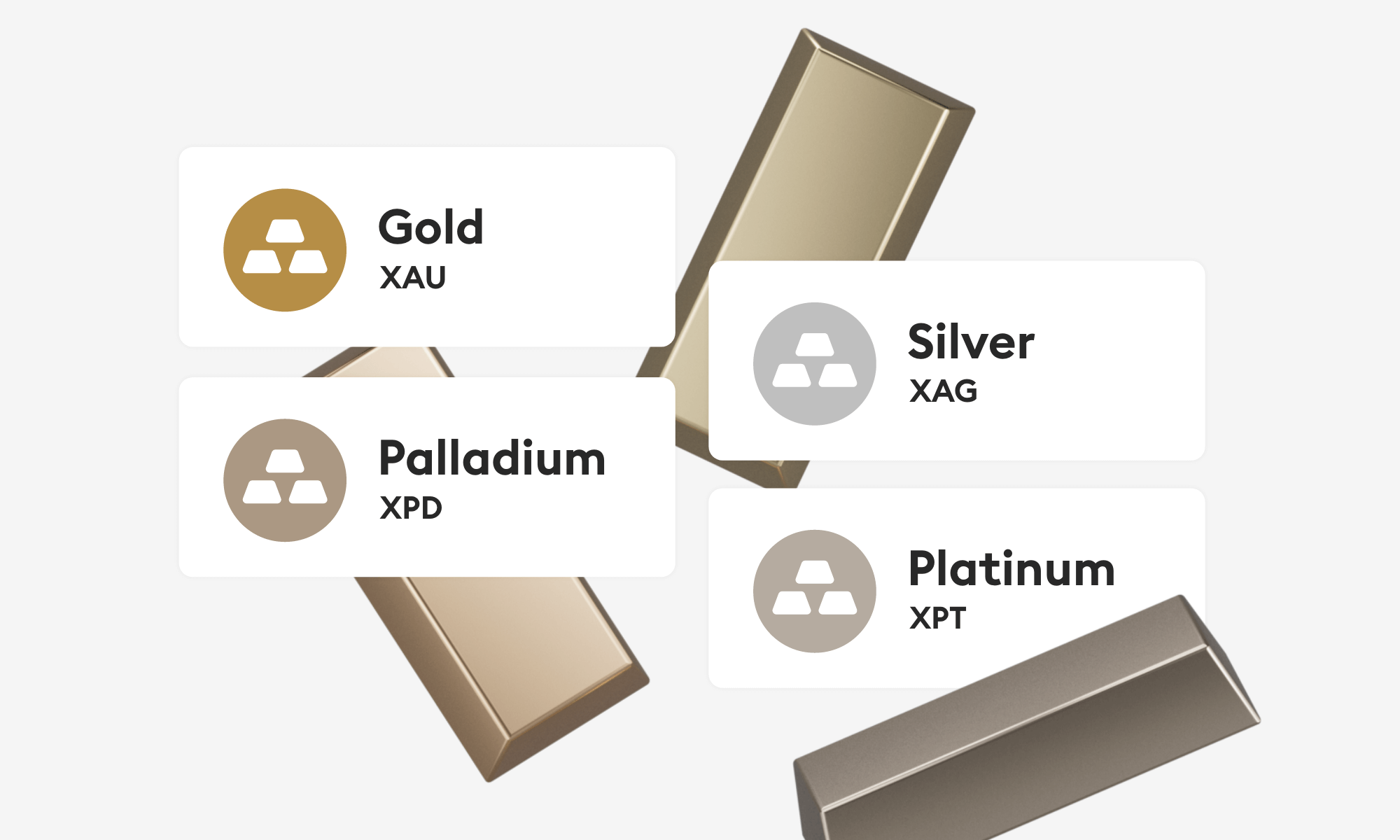 It’s important to remember that there are no absolute certainties when it comes to investment and safe havens in one period of market turbulence may be different in another. Nonetheless, precious metals have often been singled out as safe havens in the past and will likely continue to do so in the future. In an unpredictable world with ever-increasing geopolitical tensions, precious metals may work as a good portfolio diversifier and hedge against inflation.

Historically, gold has typically been purchased as a way to protect assets, and its price has often been known to rise during times of economic crisis. In times of market uncertainty, people will often turn to tangible assets to store their wealth in case of a market crash - after the 2009 financial crisis, the price of gold reached the highest peak in its history.

The information provided in this blog is for informative purposes only and does not constitute advice, a recommendation or a solicitation to conclude a transaction.