In the first week of June, the cryptocurrency market was still recovering from the May correction. Most cryptocurrencies were moving in a ranging market where the price was moving back and forth between a higher and lower price

-Bitcoin is struggling to recover

In the first week of June, the cryptocurrency market was still recovering from the May correction. Most cryptocurrencies were moving in a ranging market, where the price was moving back and forth between a higher and lower price. It's a common event after sell-offs, as prices look for new support zones. The last days, however, succumbed to some more downwards pressure as Bitcoin lost ground and dragged altcoins with it. At the time of writing, Bitcoin has been falling to levels not seen since May's initial correction.

Bitcoin is struggling to recover

When deep diving into BTC’s market corrections, the -49% plunge in May marked the 6th biggest event of this kind, which could be seen as one of the worst monthly corrections in history. With that said, corrections of this magnitude are common and should be expected. BTC finished the month down by 35% and it’s still struggling to find a support zone. BTC is trading around at roughly €26,000, a level last seen in January, and is up by around 12% year-to-date. 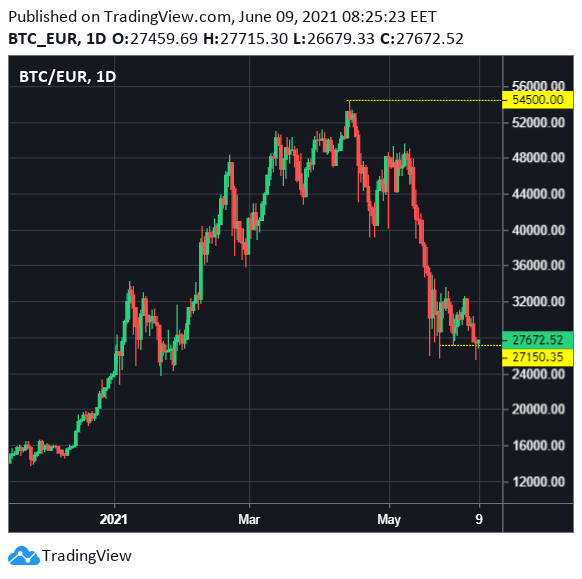 With the price down by almost 50% from its all-time-high, some bullish news suggests that BTC is nearing a bottom. Crypto exchanges registered a net outflow of 22,550 BTC on Monday, the biggest single-day net withdrawal since last November. The number of BTC held in exchange wallets fell to a three-week low of 2.54m from 2.56m. BTC outflows from exchanges typically mean that traders might be moving their coins to wallets, custody solutions or cold storage but are not intending to trade them in a short period of time, but that rather, they are mostly planning to hold them for a longer time period.

Bitcoin is still the coin with the lowest volatility, but some altcoins have been showing their strength in weak markets. Even though they are mostly correlated, Bitcoin and Ethereum both lost ground in recent corrections. While ETH plunged a bit more than BTC, it also recovered faster. The exchange rate between ETH/BTC has surged by around 40% after bottoming out at 0.055 BTC in the middle of May. However, it’s also worth noticing that the exchange rate was roughly 0.023 at the beginning of the year. Ethereum tends to outperform BTC when the market is rising, but it also leans towards larger drops during a correction. Currently, ETH is trading upwards of €2000, still up by around 250% for the year to date. 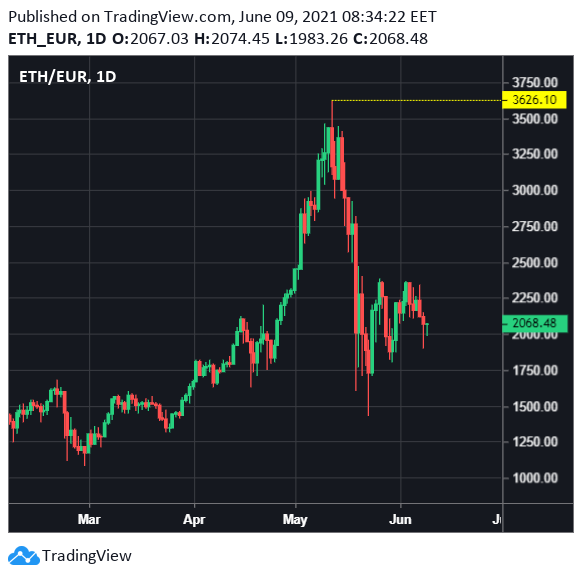 A major network upgrade is expected on the Ethereum blockchain in July, as the project prepares for Improvement Proposal 1559. The update is anticipated to solve Ethereum’s high transaction fees. It would do so by replacing Ethereum's "first-price-auction" fee model with a base network fee that would fluctuate based on network demand. The new update also proposes to burn transaction fees, introducing deflation into the Ethereum ecosystem.

ADA, the native cryptocurrency of the Cardano blockchain, is currently ranked as the fifth-largest cryptocurrency according to market cap and is one of the best-performing assets as it is up by around 800% for the year-to-date (YTD). The surrounding, bullish price action is mostly fuelled by the upcoming smart contracts rollout plan, called Alonzo. The colour-coded series of testnets will start with Alonzo Blue and end with Alonzo Purple. It is expected to roughly conclude around September 2021, according to the Cardano development update. Alonzo will bring smart-contract functionality to the blockchain and enable the deployment of a wide range of decentralised finance applications for the first time. Cardano currently has over 2,500 active pools and roughly €30 billion is currently being staked in ADA, which is the most among all crypto-assets. ADA is a new trading pair on Bitpanda Pro, currently trading around €1.30. 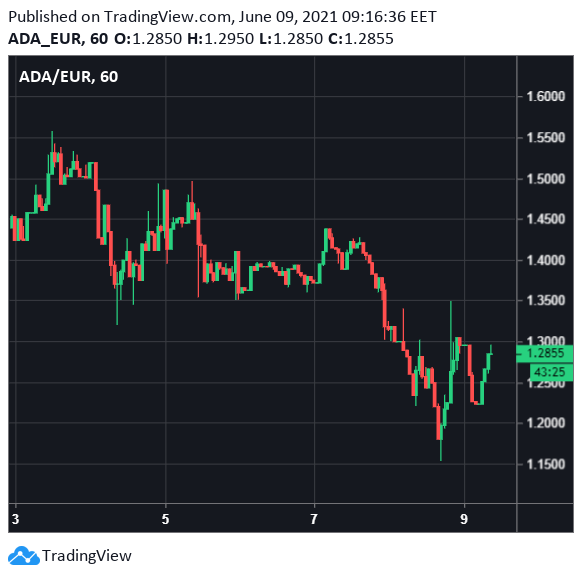 DOT, the native token of the Polkadot ecosystem, saw a correction of more than 70% intra-month from its all-time-high. The price is slowly recovering from this slump and it is currently trading at around €18, a level last seen during the May correction and back in February. Polkadot has released some important upgrades recently, including Polkadot version 0.9 which includes the ability to deploy parachains to the network and logic for running parachain slot auctions & crowd loans. The update means Polkadot’s parallel chain, Kusama (KSM), can also host parachains and Polkadot’s parachain auctions. Parachains that are sold as slots are among the most important aspects of Polkadot and can be used for various purposes such as private chains, smart contract chains and high-frequency trading. 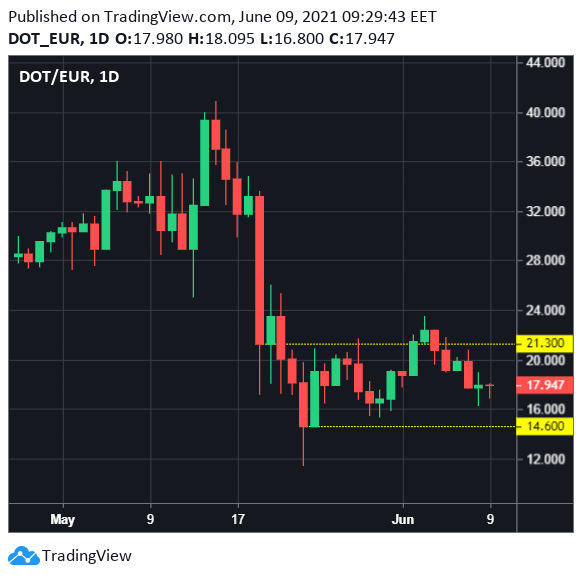 BEST among the best cryptos year-to-date

BEST is holding above the 200-day moving average, indicating the long term trend is still in place. Despite the recent price correction, BEST found support above €1, and it’s up by around 1,200% for the year. 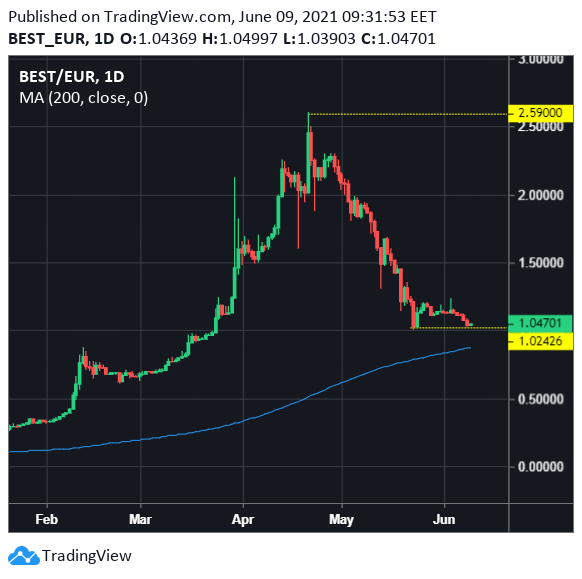