Last week, the cryptocurrency market mostly saw flat trading, but with more uncertainty after a great bullish run from the beginning of August. The price of Bitcoin stopped at the resistance level of around €42,000, but is still above the 50-day and 200-day moving averages.

-   Bitcoin’s rally is taking a breather

-   Ethereum dominance in the uptrend

Last week, the cryptocurrency market mostly saw flat trading, but with more uncertainty after a great bullish run from the beginning of August. The price of Bitcoin stopped at the resistance level at around €42,000, but is still above the 50-day and 200-day moving averages which are some of the most watched indicators when searching for a trend, commonly found on any trader or analyst’s charts. Both indicators represent levels of support or resistance in a market. BTC is trading above them, indicating the positive trend is still in place, but the movement is slow.

Over the past four weeks of trading, volumes have steadily decreased as investors showed a strong preference for altcoins. The “alt-season index,” which tracks relative performance across cryptocurrencies over the past 30 days, shows investors have a strong preference for altcoins. Major altcoins have been outperforming BTC in the past month, even though August was one of the most profitable months this year for BTC as it gained some 20%. 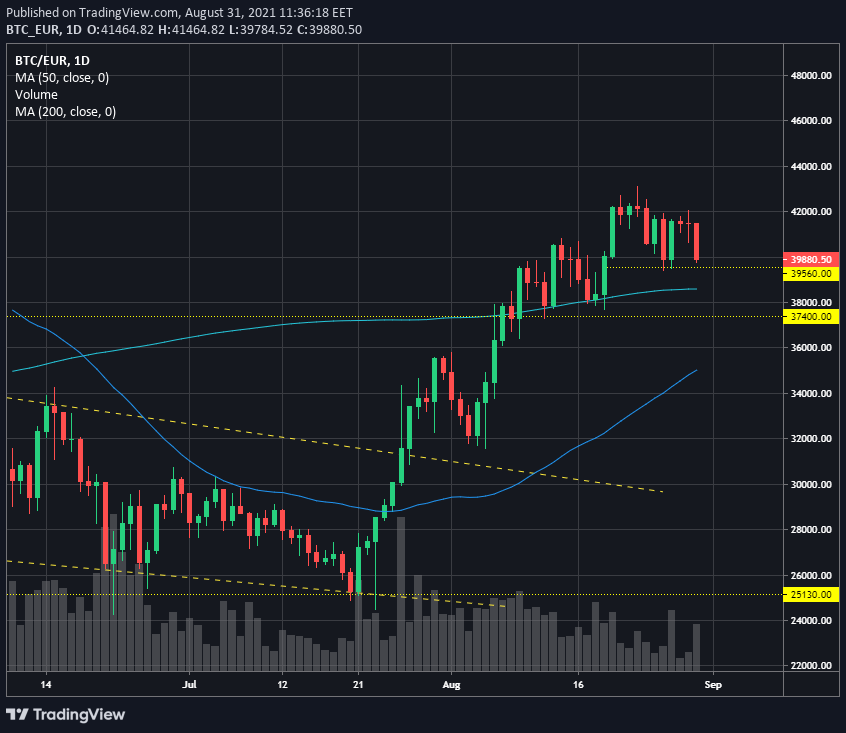 Ethereum dominance in the uptrend

Ethereum is seeing bullish momentum and a falling wedge breakout on top of a very bullish monthly candle closure for August. Wedges are used commonly in technical analysis to confirm trends and identify breakouts and reversals. The formation has been forming from the beginning of the month and it is usually a continuation pattern, meaning we can expect some more bullish price movement in September. August has been very profitable for ETH holders as the token rose some 30%. That’s the second straight monthly rally and the largest since April when the price rose by nearly 45%. Demand for Ethereum spiked earlier in the month with EIP 1559’s implementation on the 5th of August. 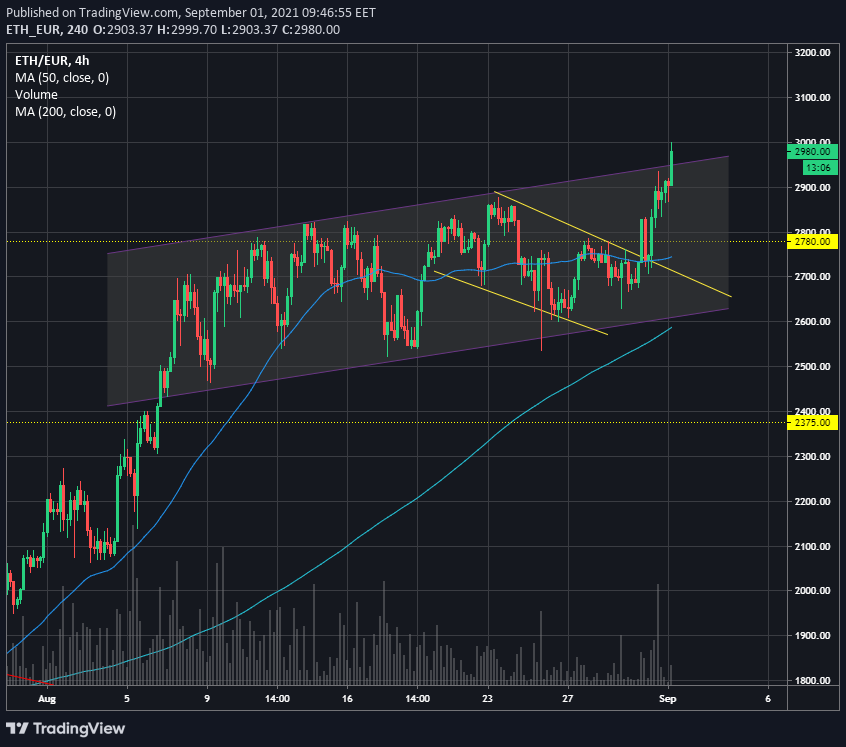 Apart from its positive price development, Ethereum’s dominance is also in an uptrend and is currently just under 19%, while Bitcoin’s dominance fell below 43%, its lowest since the beginning of June. Ethereum is clearly the stronger of the two this year and has so far outperformed Bitcoin with a return of 360% year-to-date, while Bitcoin rose some 70%.

As Bitcoin is mostly moving sideways, bigger altcoins are outperforming. After a wild ride from the beginning of the month, ADA’s bulls took some time off last week as the price was mostly flat, but still maintaining bullish momentum. However, in the last 24 hours ADA has seen another rise and is now sitting at around €2.55. We can probably expect some more action before the official launch of Cardano smart contracts on the 12th of September. 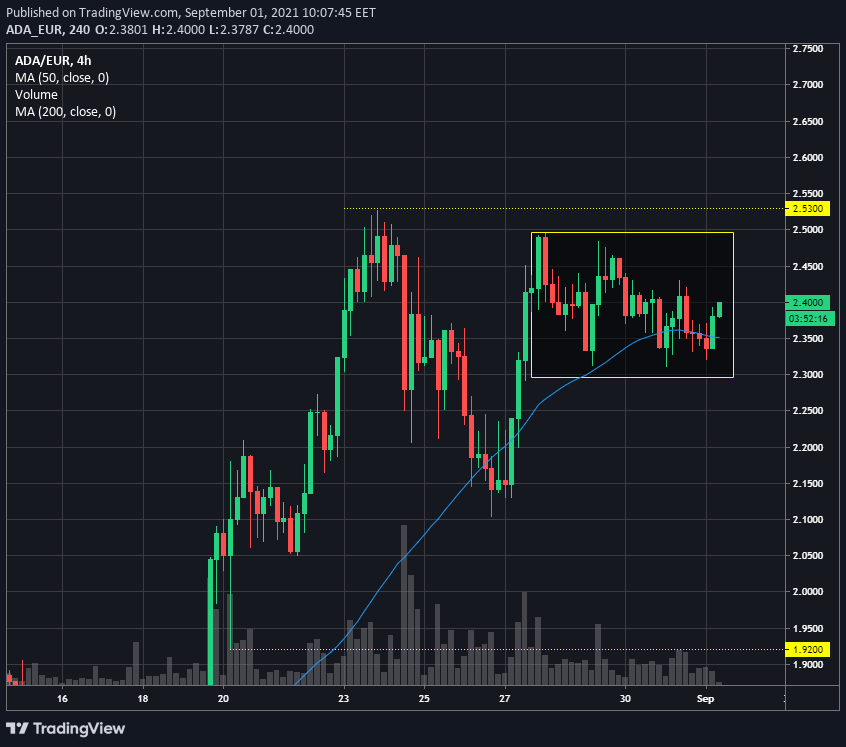 One of the best-performing assets last week was DOT, which jumped some 30% in just 5 days. The token is now changing hands at around €26, its highest since the 19th of May. 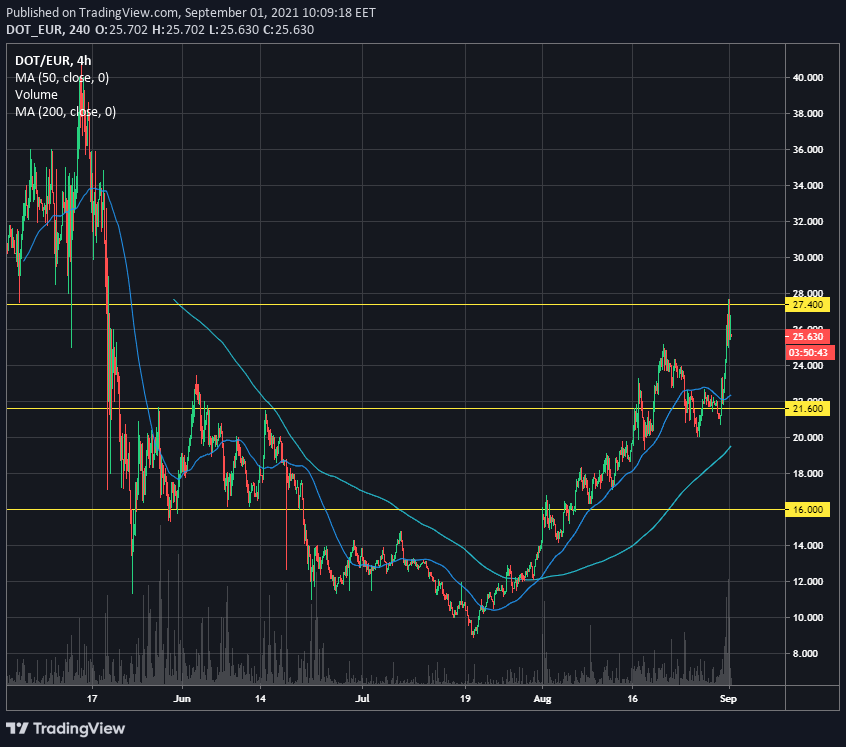 LINK is trading in a narrow channel between support at €20.8 and resistance at €23. Bears are defending the €23 level, which might be why LINK was lagging behind BTC over the last 30 days. 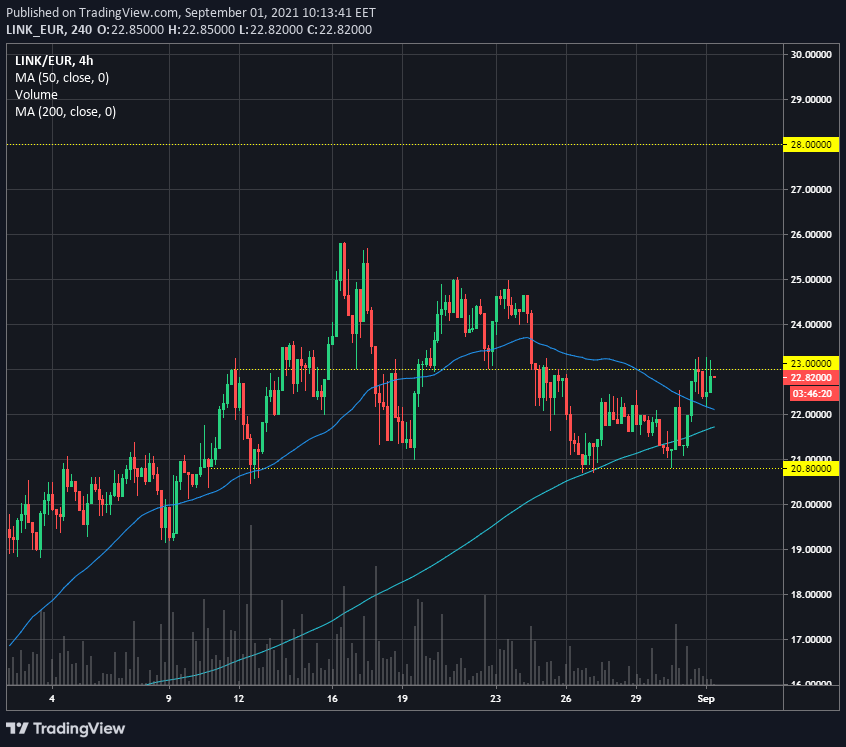 XRP rebounded off the 50-day moving average and is trying to break out from its falling wedge formation. The setup has resistance around €1.05 level and support on €0.9. The tight range trading will soon show who has more control over the price, bulls or bears. The SEC case is slowly progressing and it could be the catalyst for major price change soon. 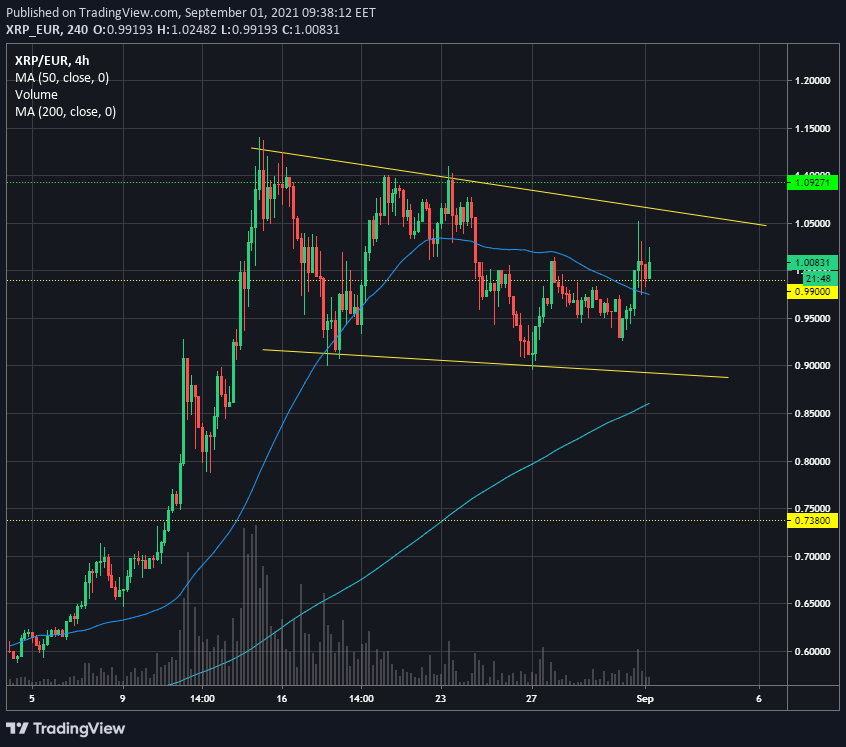 IOTA is testing its lower support level again at around €0.8. The price is struggling to cross over the 50-day and 200-day moving average for now, but it’s slowly turning bullish according to the MACD indicator, which is picking up. 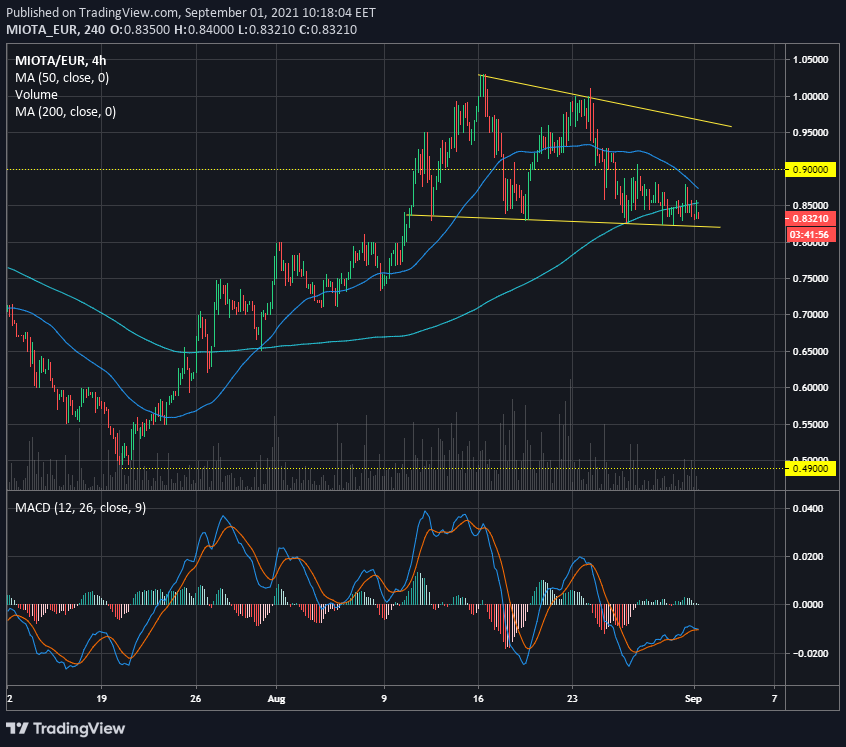 Moving average convergence/divergence (MACD) is a trend-following momentum indicator that shows the relationship between two moving averages of a price. The indicator is used by many traders to spot a signal when it crosses above (to buy) or below (to sell) its line.

Are you trading like a Pro on the go yet? No? Make sure to download the Bitpanda Pro App for iOS or Android