In a completely unexpected turn of events and in a matter of minutes Bitcoin’s price crashed from above €44,800 to below €37,000 in a massive sell-off. This led to large changes in the derivative markets as more than €3.2B was liquidated according to market statistics.

Tuesday was an unexpected day as the market suddenly crashed when only a minor and healthy pullback after a very profitable previous 30 days was expected. Bullish sentiment had been on the rise coming out of the Labor Day holiday weekend in the United States and as Bitcoin was officially recognised as legal tender in El Salvador, but the celebration was quickly extinguished by BTC's 16% plunge. Other major altcoins followed in the sell-off with price drops ranging from 15-20%. Also, many leveraged positions were liquidated which amplified the price movement further. Despite the drop, the market is still bullish on a higher time frame and the next few days will show if the market hit the bottom. 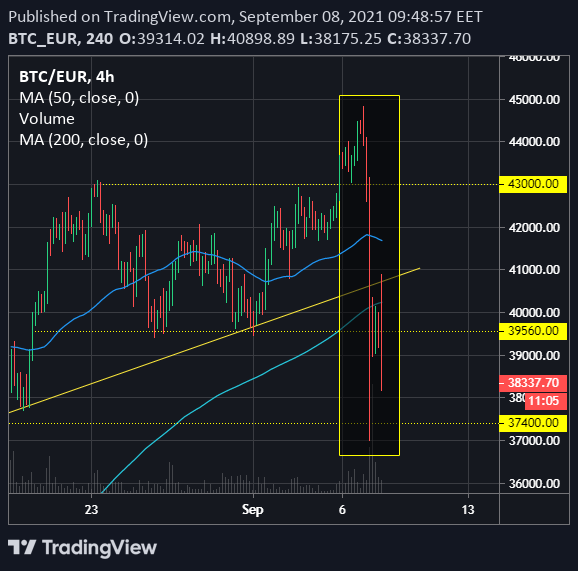 In a completely unexpected turn of events and in a matter of minutes Bitcoin’s price crashed from above €44,800 to below €37,000 in a massive sell-off. This led to large changes in the derivative markets as more than €3.2B was liquidated according to market statistics. These events have been seen more commonly in recent months as more and more traders seem to have been using too much leverage in their portfolios.

From a technical perspective, Bitcoin briefly dipped below the 200-day moving average on the daily chart and found support just above the €37,400 level. Ethereum followed Bitcoin and dropped from the €3,400 level to under €2,600, but stayed above the 200 MA support level. The sell-off damaged the lower time frame chart a bit, but did not change anything yet on a higher timeframe where the market sentiment is still bullish. It’s worth mentioning that the market often recovers very fast after such events as we saw back in March and May. 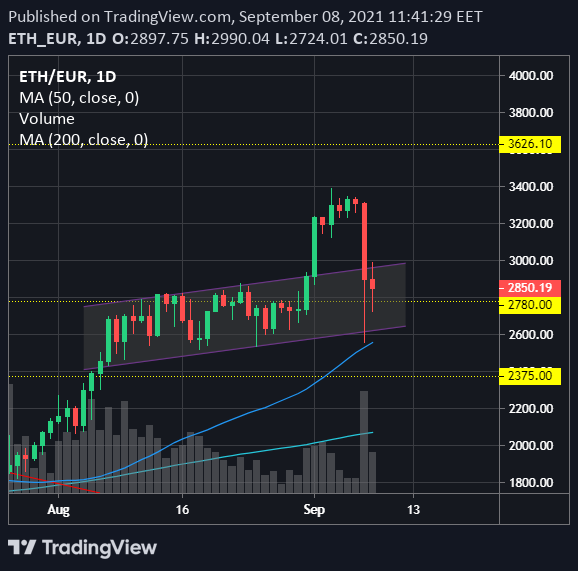 Bitcoin is now officially legal tender in El Salvador three months after the Bitcoin Law was passed by the country’s legislation on the 9th of June by a considerable majority, with 62 members voting in favor of the bill, while 19 opposed and three did not vote. The crypto officially became legal tender on Tuesday, when the law went into effect. This means that Bitcoin is now an equal payment currency to the U.S. dollar in the country, which has been in circulation in El Salvador since 2001. Goods, services and even taxes can now be paid using BTC. Every economic agent or service must accept the use of Bitcoin as a legal form of payment. A day before the law came into effect, El Salvador purchased its first 200 BTC and purchased 150 more BTC following its recent price drop.

Litecoin introduced OmniLite, a second-layer protocol that would enable the creation of stablecoins and smart contracts on the blockchain. The rollout would also enable non-fungible token (NFT) creation. OmniLite is based on the earlier Omni protocol, which acted as a secondary layer on the Bitcoin blockchain. Litecoin’s price jumped after the announcement, but dipped back during the recent market drop. The price jumped to almost €200 before the drop. At the time of the writing, LTC touched a support line at €140 and is trying to stabilise around €150. 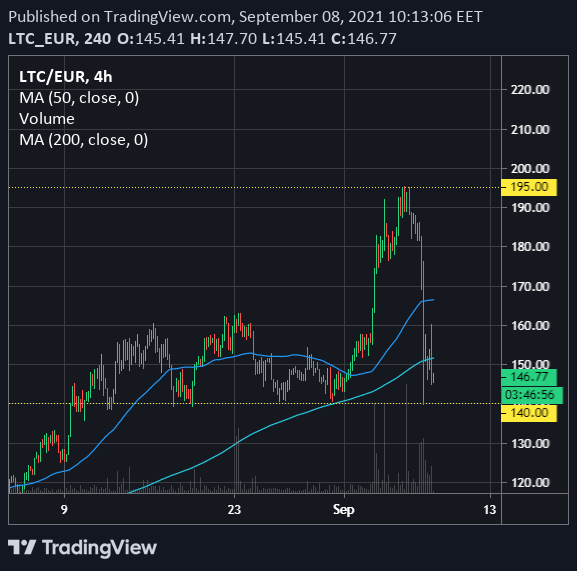 The price of IOTA spiked more than 100% in the first 3 days of September to an intraday high at €1.72, before dropping back to around €1. The price is now trying to find support around €1.25 which is still 50% higher than at the end of August. The surge in interest for the project comes after the protocol integrated the Hornet update, which brought back the auto-peering feature and integrated a faucet plugin with the Hornet node, simplifying the method of running a private Tangle. The network also develops the proposed upgrade alongside a new wallet option known as Firefly. 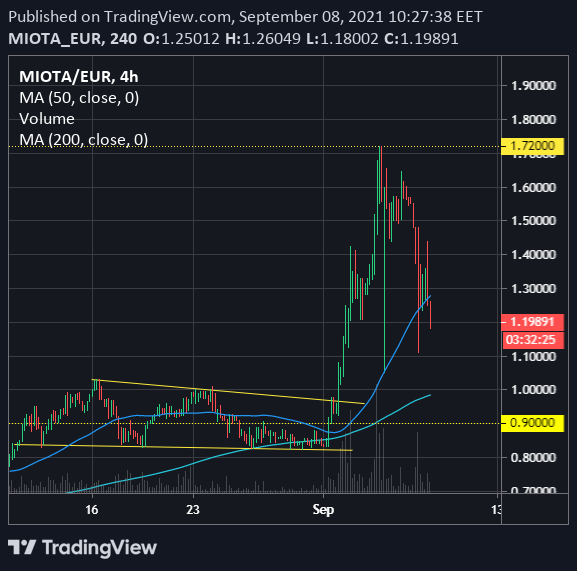 A very important Sunday for Cardano

The altcoin space has only been heading in one direction with ADA as one of the best performing assets. Cardano’s “Alonzo” upgrade and the arrival of smart contracts on the network is right around the corner which is driving the price higher. According to Cardano, Sunday, the 12th of September marks the mainnet upgrade for enabling smart contracts. IOHK, the developers behind Cardano, officially submitted an update proposal to the Cardano mainnet to trigger a hard fork combinator event. Once a proposal is submitted, it can be voted on by any ADA token holder to accept or decline. As for ADA, the price of the Cardano native token reached its all-time-high at €2.6, before dropping back to €1.8 recently. 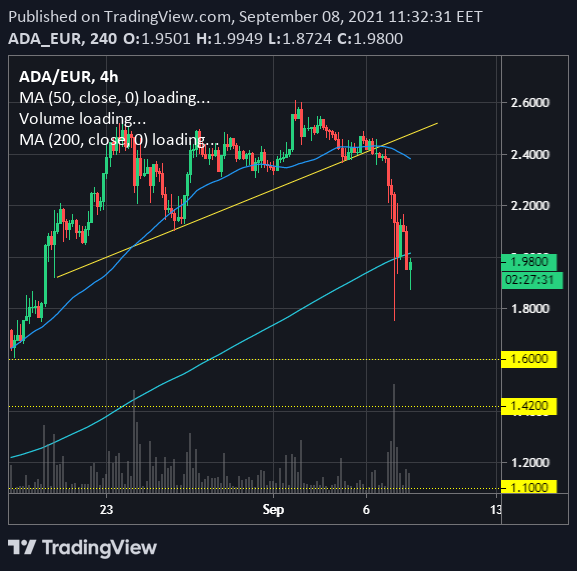