After a relatively bearish September, October started with a big bang as all major cryptos posted massive gains. Bitcoin was leading the market and its market cap skyrocketed above €850B on the 6th of October, pulling the total crypto market cap up to €2T.

-An explosive start to October

An explosive start to October 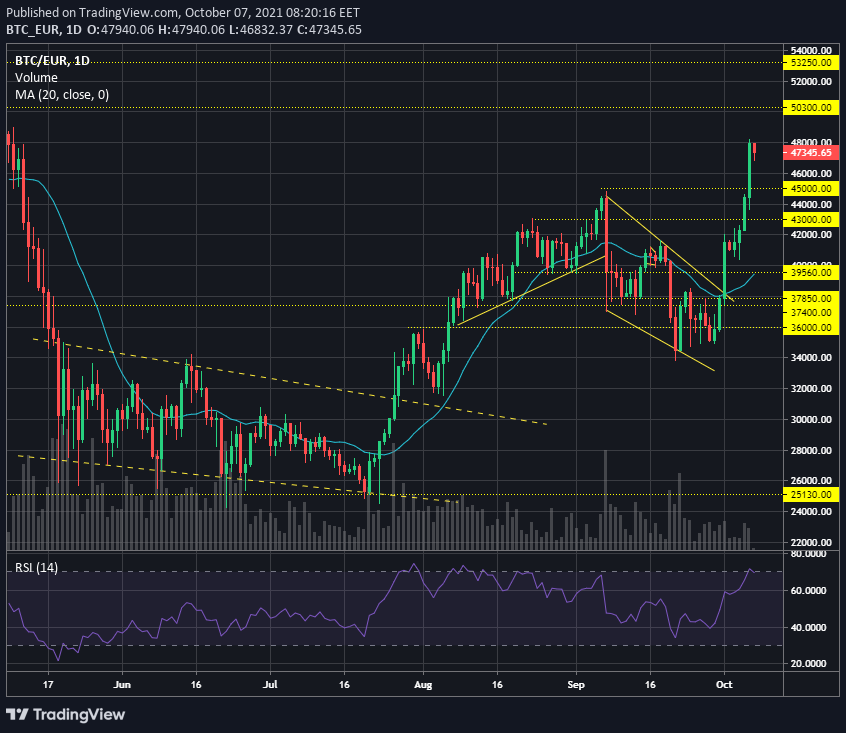 Bitcoin’s strong recovery to €48,000 has boosted the ongoing bullish sentiment and it might provide further incentives for all major altcoins in further days. The sentiment in the crypto markets can change quickly, as tracked by the Crypto Fear and Greed Index which has risen from levels of extreme fear (20) on the 30th of September to extreme greed (76) this week. The sentiment could continue to improve as rumours have it that an ETF product could finally be approved in the coming weeks: the U.S. Securities and Exchange Commission’s (SEC) decision on Bitcoin exchange-traded fund (ETF) applications is due soon. Although the SEC extended the deadline of four Bitcoin ETF applications by 45 days on the 1st of October, many believe that it could receive the green light by as early as the middle of October.

ETH continues to trade upwards against BTC as it is slowly progressing towards 0.07 BTC, up from around 0.02 BTC from the beginning of the year. The cryptocurrency attempted to break the resistance level of 0.08 BTC at the start of September but failed to surpass it. The bulls are now trying to push the price higher as the second biggest cryptocurrency is trading above €3,000. ETH’s market cap dominance currently stands at around 18%, while Bitcoin is at 45%. 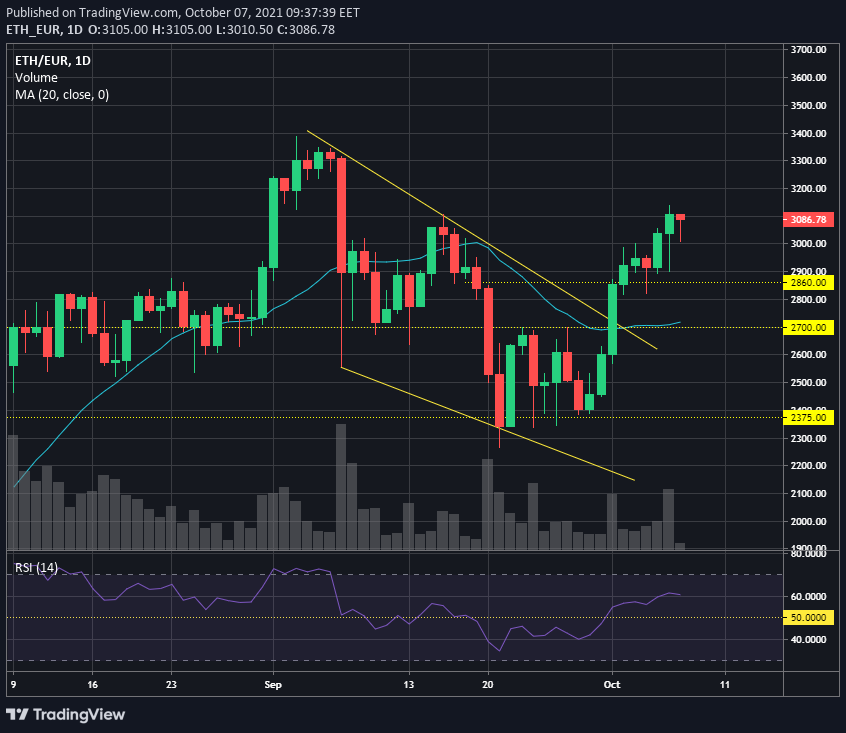 XRP is moving bullishly in an attempt to break back above €1 again. The coin was trading inside a descending wedge formation throughout September and only managed to break the upper angle of the wedge at the beginning of October. It found support at €0.76, provided by the 100-day moving average (MA) which allowed the coin to rebound and surge past the upper angle of its wedge pattern. This price increase allowed XRP to climb back above the 200-day MA and a shorter, 20-day MA which indicates a very bullish, short-term momentum. 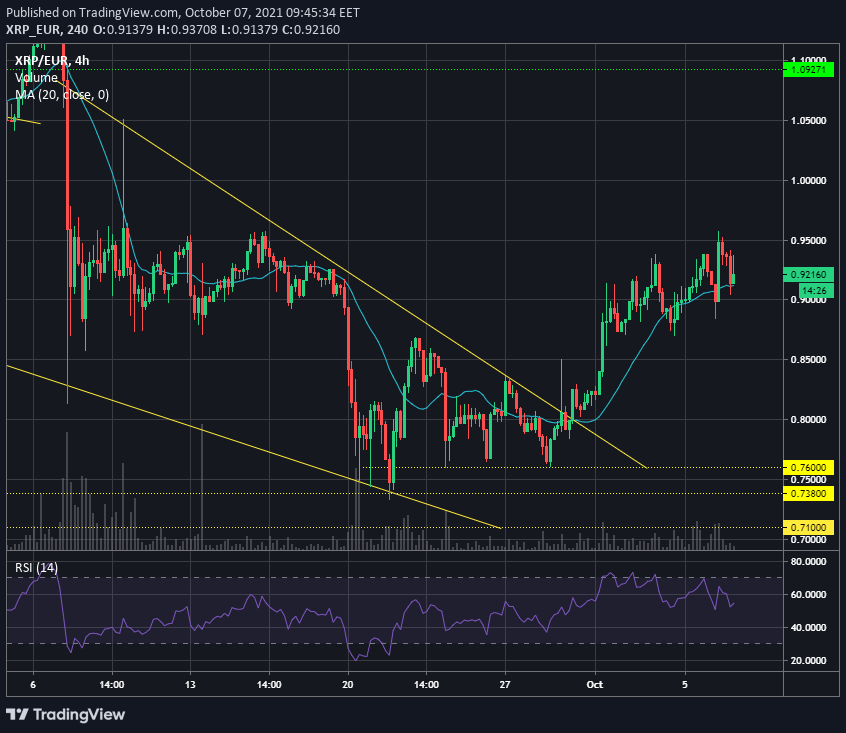 Almost every major altcoin posted gains in the past seven days. DOT was trading close to €30 last week as the bulls tried to push the price above the right shoulder of the head and shoulders pattern, but the long wick on the daily candlestick indicated sold positions at higher levels. The bears are trying to sink the price below the MAs which are acting as current support lines. The price is holding around €27 in a tight range between support and resistance zones for now, as bulls and bears are fighting for the stronger hand. 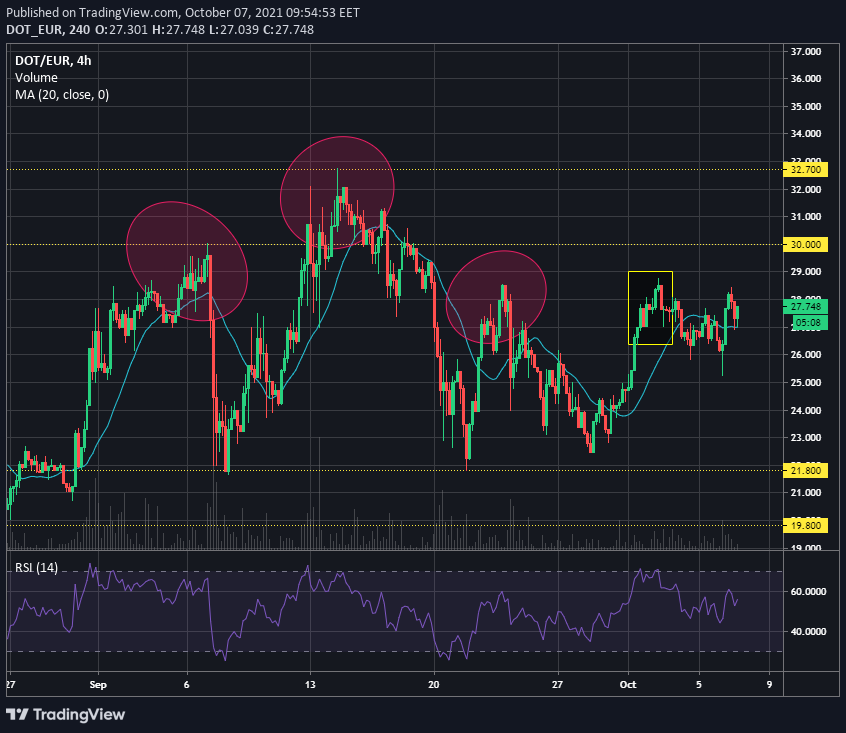 ADA is lagging a bit against major altcoins as it is trading at just above €1.9. It fell from its resistance level of €2 at the start of October and continued to descend until it hit the support at €1.86. ADA is also moving bearishly against BTC but is maintaining the higher highs, higher lows formation which indicates the trading pair could turn bullish soon. 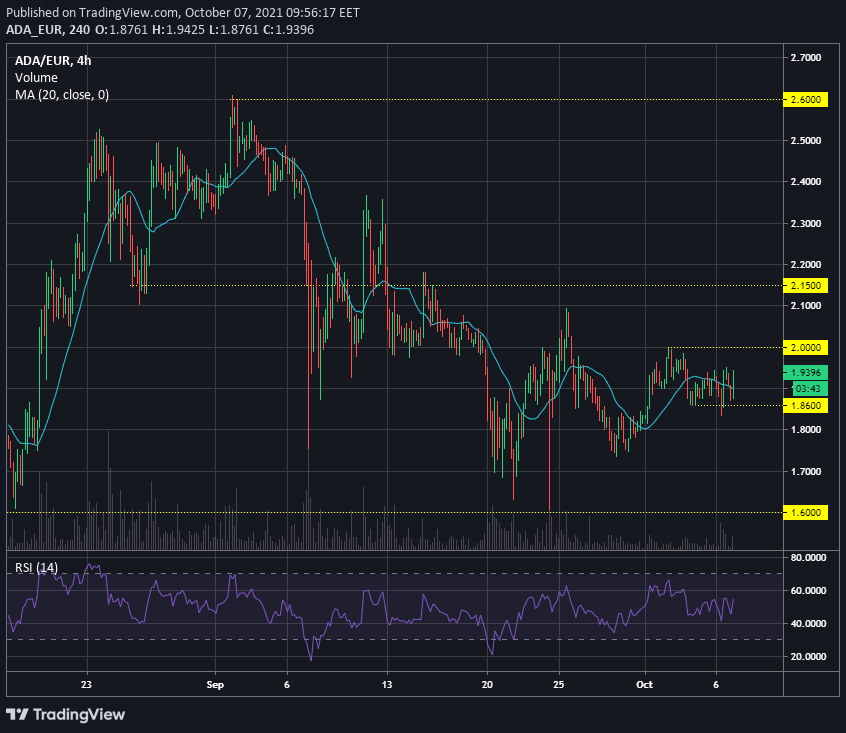 October started well for BEST holders as the price is already up by some 10%. An observable higher highs and higher lows formation indicates that an uptrend can be expected with an overall increase in value. BEST is also trading above its 100-day MA indicating bulls are in control. 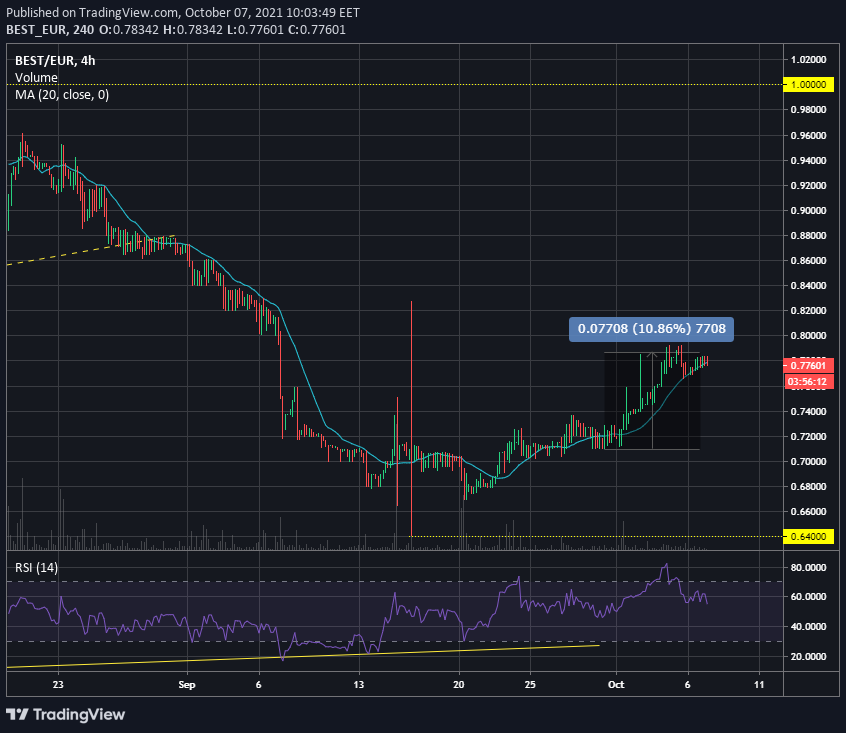 One of the high-flying coins as of late is the meme crypto Dogecoin, which is up by some 30% from the beginning of October. The asset is currently trading at around €0.21 and is currently the 8th largest cryptocurrency by market cap. 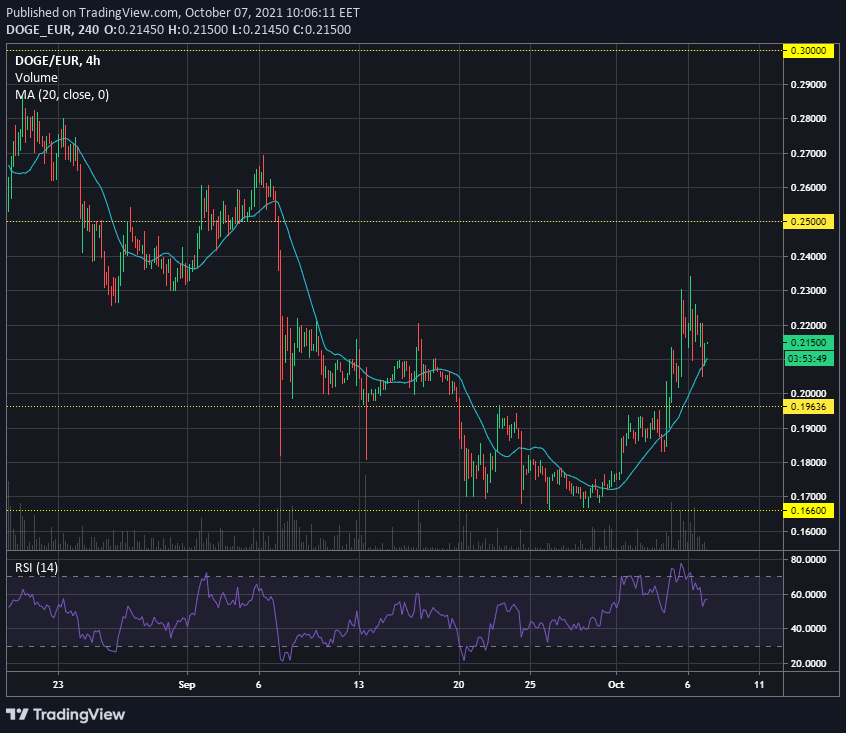 Have you been following price developments of Bitcoin or the smaller caps’ formations and want to act on the market moves on the go? Make sure you trade using our Bitpanda Pro iOS and Android apps.