It was a relatively negative week on the cryptocurrency market as Bitcoin retraced from reaching a new all-time-high and dragged most altcoins with it.

-      Negative week for crypto, but the monthly candle is still bullish

-      Altcoins mostly down for the week, but with a good outlook

-      Stellar will facilitate a new remittance channel between Europe and Africa

Negative week for crypto, but the monthly candle is still bullish

Last week Bitcoin surged to over €57,000, following positive news a few days prior to the all-time-high breaking point, the first crypto-linked ETF launched in the U.S. market.

Not only did the ETF launch help push up the BTC price, but it also saw record crypto inflows. BTC dropped some 10% in the last 7 days, but it's still up around 36% for the past month. At the time of writing, BTC is changing hands just above €50,000, on the lower support line of the falling wedge pattern. Such patterns are usually bullish and breaking from the higher resistance level would push BTC over its previous top. 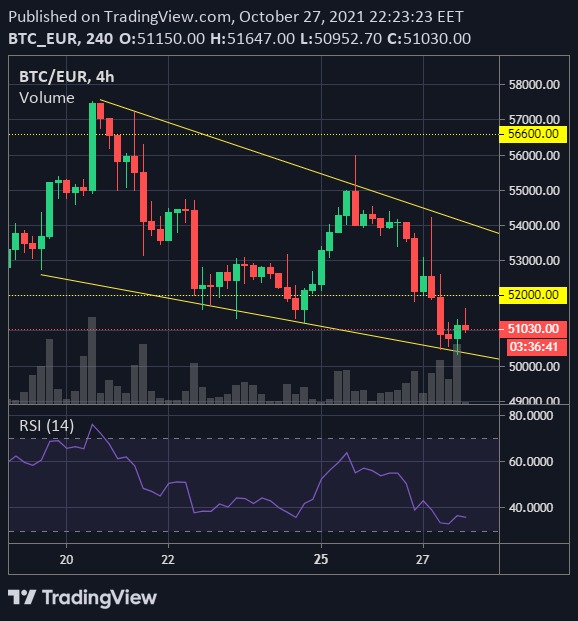 The last negative days failed to damage the overall market structure and fundamentals further indicate that the long term remains decisively bullish. Bitcoin and major altcoins are experiencing strong volatility on the intraday chart, which is normal at all-time-high levels, like we have seen lately. The weekly and monthly charts are still very bullish, suggesting that traders are positive for the rest of the year and expect the bull run to continue. The crypto Fear & Greed index for October stands at 76, showing extreme greed, and is up from 27 in September.

Ethereum traded in a narrow range last week, teasing the €3,700 level, as bulls wanted to push the price over the previous high which is the last bit of resistance before the new price discovery range. Long wicks on daily candlesticks suggest bears are active above the €3,620 level. Higher time frames are bullish and increased volatility is normal after such a positive move from the start of October. ETH is up some 39% from the start of the month. About €1.72B in Ether has been burned by the Ethereum network, pushing the cryptocurrency higher. Ethereum started burning ETH after EIP-1559 was introduced on the 5th of August. The mechanism removes about €25 million ETH from circulation each day by sending it to a defunct address. This replaces the previous method of paying ETH to miners for validating transactions. 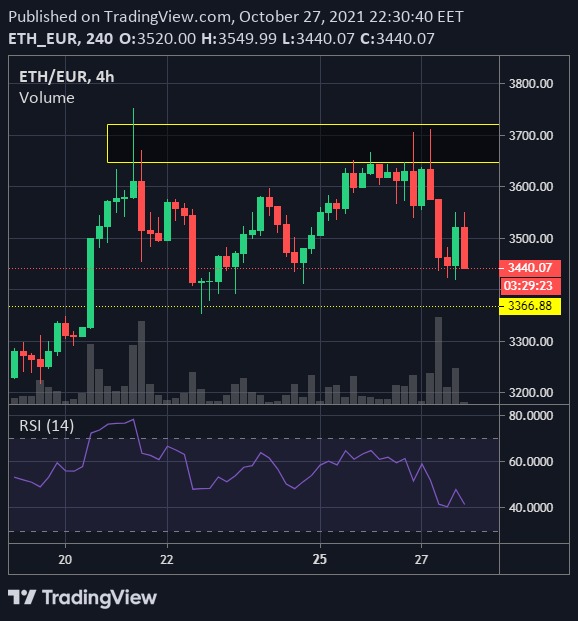 Altcoins mostly down for the week, but with a positive outlook

Two biggest cryptocurrencies, Bitcoin and Ethereum shed some value which has shaken weaker hands out of altcoins and other high-risk positions. The repositioning is completely normal in high volatility periods as we are seeing now, but the overall market remains bullish, fuelled by positive news.

Bitcoin’s dominance dropped to 44 from 48 in the week before, which suggests altcoins are gaining traction. Oftentimes, moves in altcoins centre around one specific sector of tokens, such as meme coins or decentralised finance protocols, but the current market is seeing rises across all sectors, a possible sign that “altseason” is heating up.

Stellar will facilitate a new remittance channel between Europe and Africa

Stellar Foundation announced that global payments technology company, Flutterwave, will use the USDC stablecoin on the Stellar network to simplify remittances between Africa and Europe. XLM is trading at around the €0.3 level, up some 20% in October, but still down 60% from its May high of €0.66. 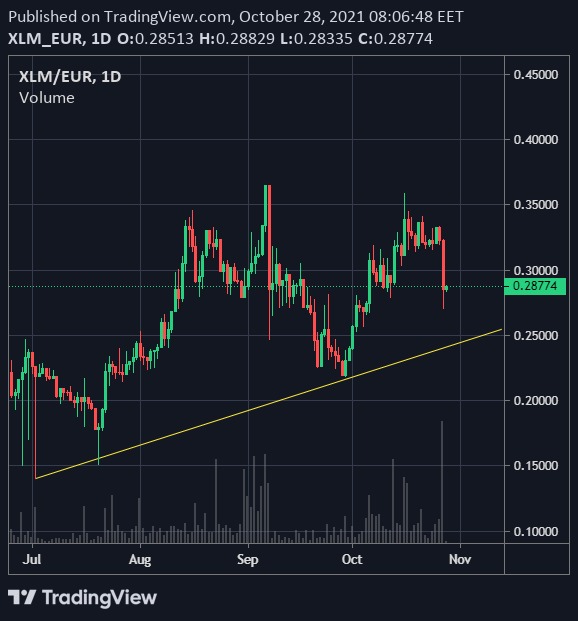 ADA price has been struggling against all major altcoins as it has dropped some 35% from its all-time-high of €2.6. Yesterday's intraday drop returned the price to its September low, which is a strong support level. ADA's relative strength index (RSI) is below 30, indicating an oversold position. Traders typically treat an excessively-sold RSI as their cue to enter the market. 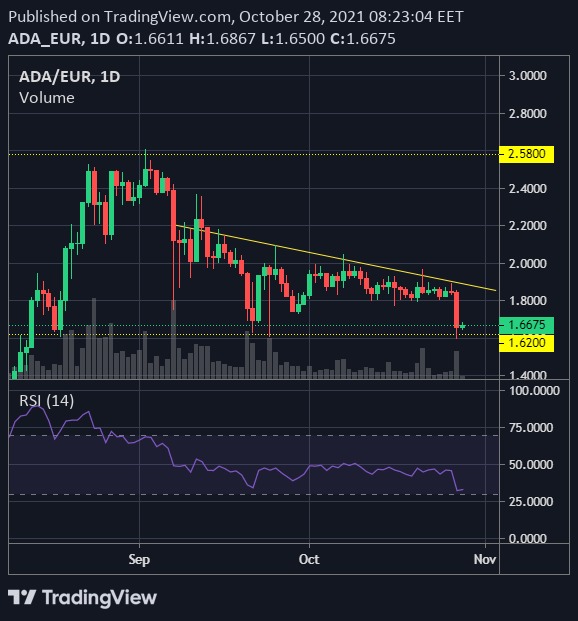 The RSI is a momentum indicator used in technical analysis that measures the magnitude of recent price changes to evaluate overbought or oversold conditions in the price. It is displayed as an oscillator (a line graph that moves between two extremes) and can have a reading from 0 to 100.

Polkadot was outperforming the market as it was up some 60% in October alone. DOT is currently range trading and failed to rise above the overhead resistance level of €39.7 as short-term sellers were aggressive at these levels. They pulled the price down to the strong support level of €34.2 The long tail candlestick shows that bulls are defending the support level and the long term trend still remains on the upside. 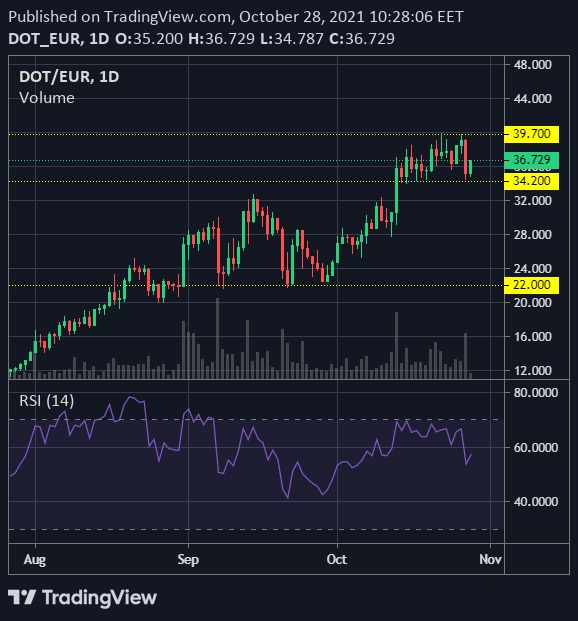 Have you been following Bitcoin’s price developments or the smaller caps’ formations and want to act on the market moves on the go? Make sure you trade using our Bitpanda Pro iOS and Android apps.