Bitcoin prices have fallen to their lowest levels since mid-October as the cryptocurrency market correction accelerated.

Bitcoin, the biggest cryptocurrency by market cap, lost some 8% in the past seven days and traded at around €50,000. Market sentiment has turned fearful with large price gaps upside and downside as the market liquidated millions worth of both long and short positions due to the volatility. The overall crypto market cap declined to €2.28T, down from €2.68T recorded a week ago. 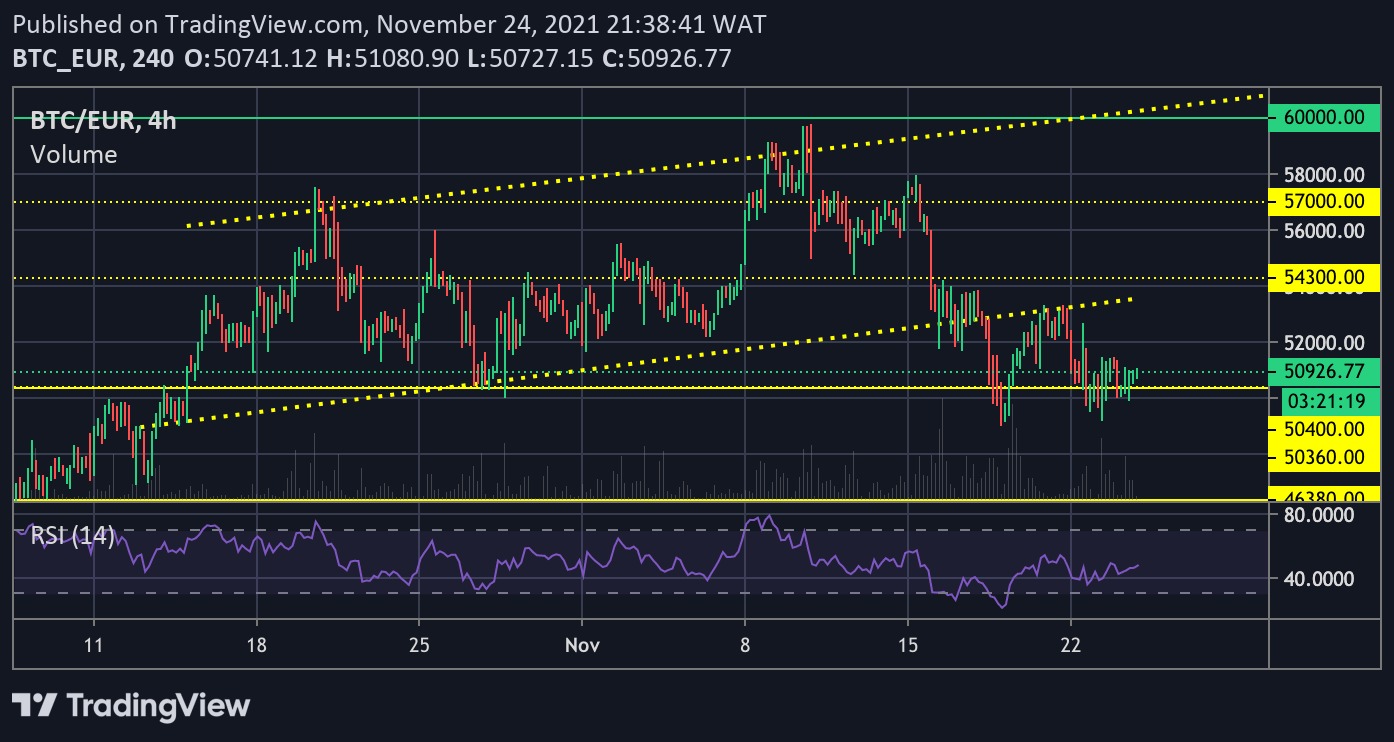 BTC is now down some €10,000 from its all-time-high, and after the initial drop from the ascending channel pattern, Bitcoin was mostly trading sideways between €50,000 and €53,000. The Crypto Fear & Greed Index is hovering around 40, down some 10 points from a week ago. The index suggests that market participants are in “fear-mode”, which some traders view as a contrarian signal: at this point, buyers who got out when greed was at extreme levels gradually tend to return to the market.

1M ETH has been burned since the hard fork in August

As most of the crypto market is moving bearishly on the intraday charts, the higher time frame structure is still bullish. Ethereum failed to establish €4,200 as a support level, and dropped below the longer trendline. The price is trying to form a higher low in falling wedge pattern to return to the bullish momentum again. Bulls showed strong hands at the current support level of €3,500 and pushed the price up to just below €4,000, where bears are currently in control. 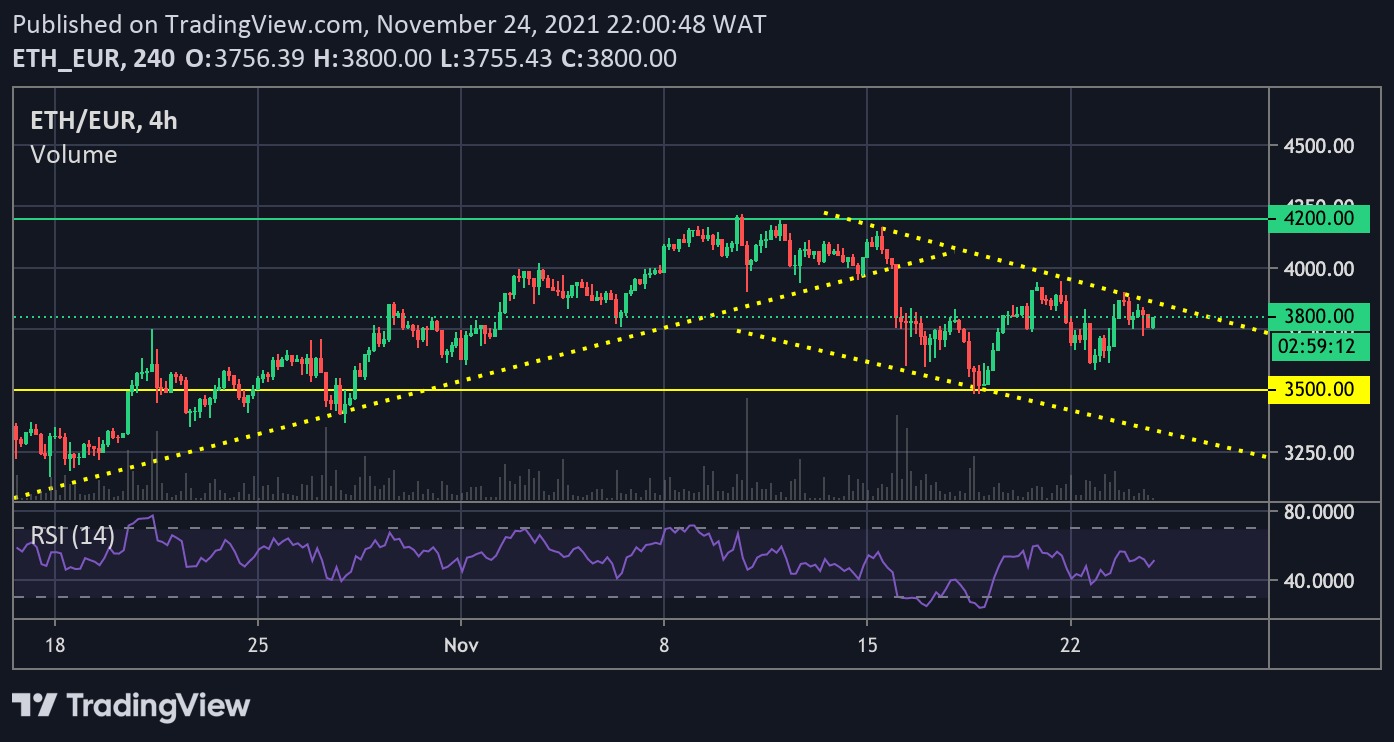 Over 1M ETH, worth roughly €3.8B has been burned since the introduction of the EIP-1559 protocol in August as part of the London hard fork. Although the burning mechanism has a positive effect on the price, ETH is still an inflationary asset. Since the update, the Ethereum network has issued nearly 1.5M new ETH as rewards to miners, resulting in a net issuance of around half a million tokens.

The Bitpanda Ecosystem Token showed its strength last week as it was progressing towards €1 despite an overall bearish picture. The price is now only some 13% below the November high. 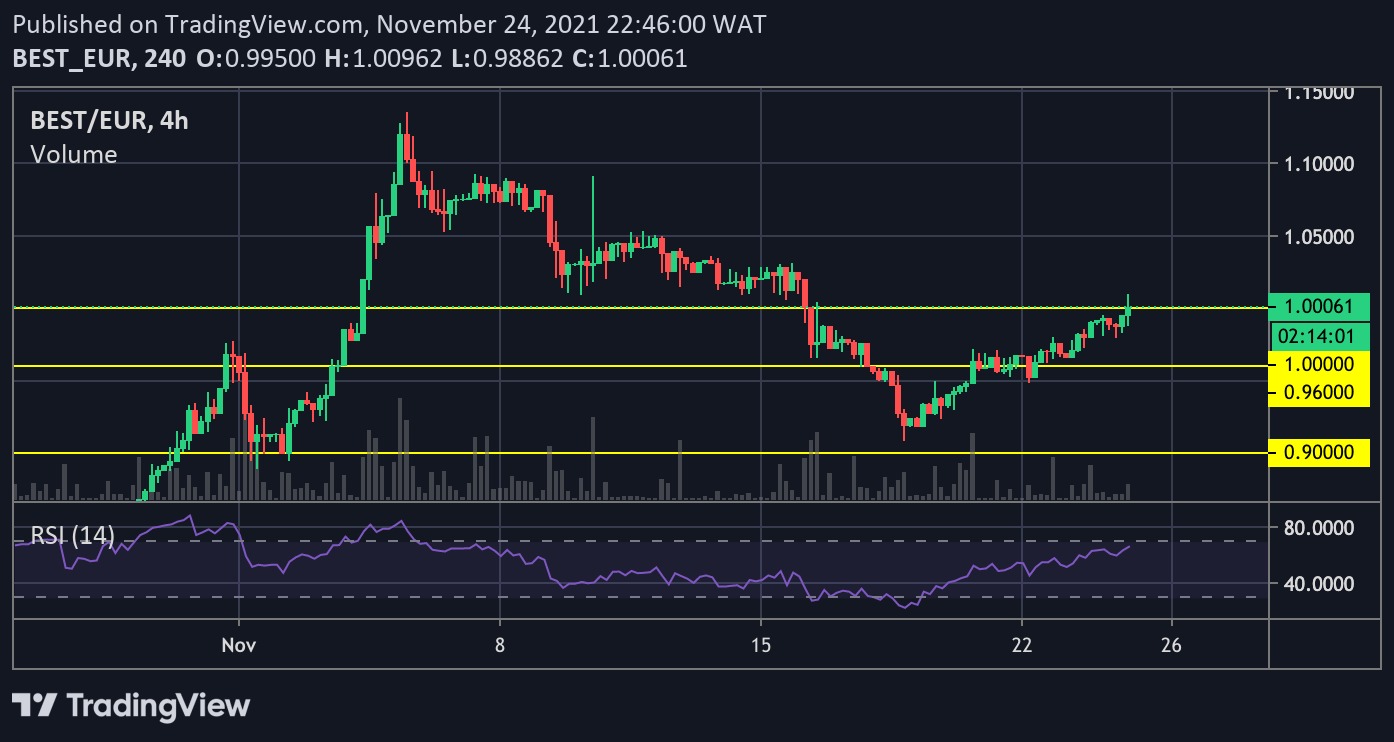 ADA, the native token of Cardano, is struggling to turn around the negative trend in its price development. ADA is trading in a falling wedge pattern, some 45% down from its all-time-high reached in the beginning of September. The token is currently standing at €1.45, the lowest price since August of 2021. 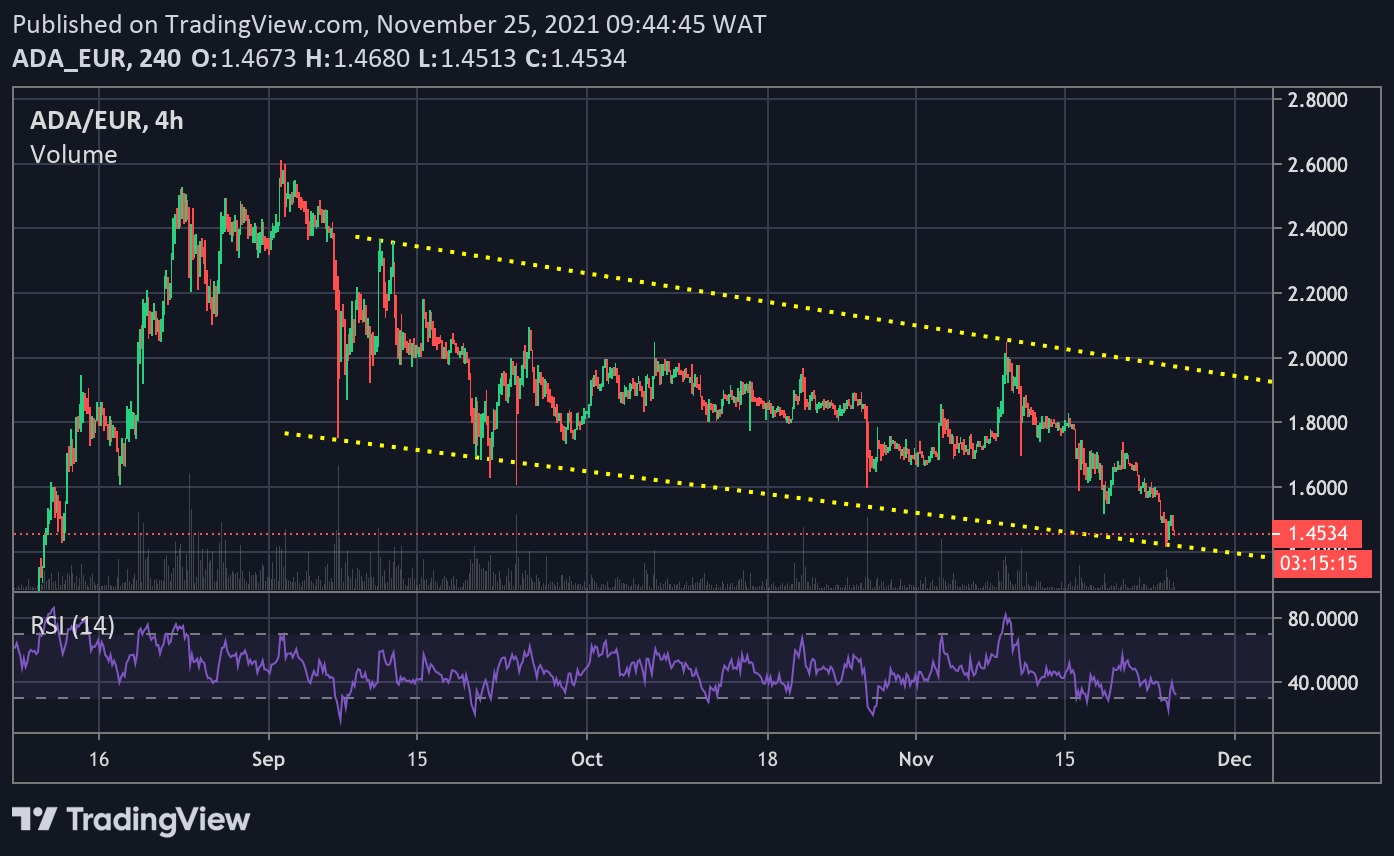 While things look exceedingly bearish on shorter timeframes, the bigger picture looks much better with overall adoption constantly growing. Dips, such as the one we’re experiencing right now, are healthy and necessary parts of a sustainable bullish cycle and can be spotted across all financial markets. Despite the numerous roller coaster rides this year, Bitcoin's value has doubled since the start of the year, and most of the biggest altcoins posted triple-digit price growths which is a great result in all regards.