March 2021 was a phenomenal month for crypto investors, as the whole crypto market produced extended gains and pushed many coins and tokens to new all-time-highs. Bitcoin closed with its biggest monthly bullish candle in its young history. Its price rose by €13,000 and closed just above €50,000.

March 2021 was a phenomenal month for crypto investors, as the whole crypto market produced extended gains and pushed many coins and tokens to new all-time-highs. Bitcoin closed with its biggest monthly bullish candle in its young history. Its price rose by €13,000 and closed just above €50,000. Unlike the last few bull runs in cryptocurrencies, this year’s rally is a bit different. It has a few fundamental reasons as the cryptocurrency space is attracting a lot of interest from big players like Apple, Google, Tesla, Samsung, Facebook, Visa and PayPal. Interest is not only rising in Bitcoin, but also in altcoins, as they are gaining a higher market share compared to Bitcoin, which could be seen in its falling dominance. That’s a sign of the so-called “altcoin season”. 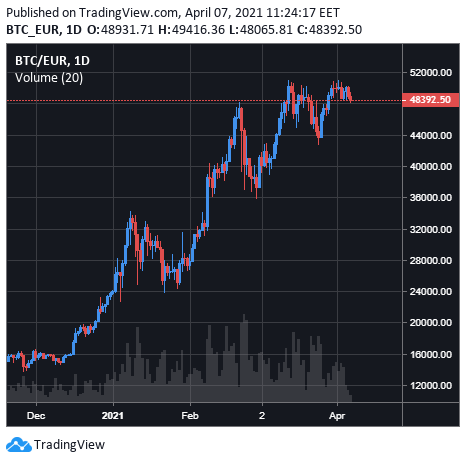 XRP, which is the native cryptocurrency of the company Ripple, was among the best performers last week. Rumours of positive news from the legal case against the SEC and a possible relisting on a couple of exchanges have been driving the price higher. Any major news could potentially influence the price movement in the future as well. XRP has been on a roll for several consecutive days. It has almost doubled in price in less than 3 days and jumped close to the €1 mark. Consequently, the asset’s market capitalisation has surged as well, and XRP has, by now, become the 4th largest crypto by that metric. 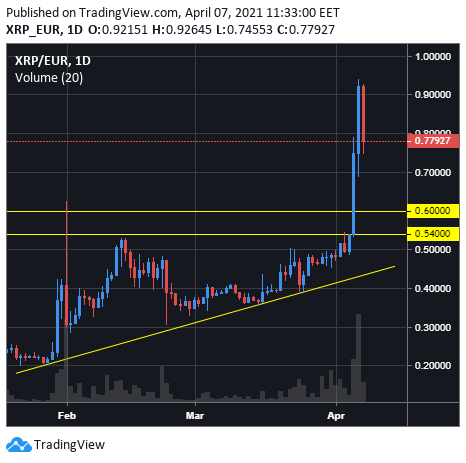 XRP surpassed levels that were last seen in 2018. The positive price activity came after Ripple had announced that it was planning to buy 40% of Tranglo, one of Asia’s leading cross-border payments service providers. The partnership could enable the company to meet growing customer demand in the region and expand the reach of RippleNet’s On-Demand Liquidity service.

Positive momentum was also seen through Ethereum’s price, as the second-largest cryptocurrency's price jumped to a new all-time-high of €1820. This time last year, ETH was worth less than €150 before gaining momentum which brought it to today’s value. 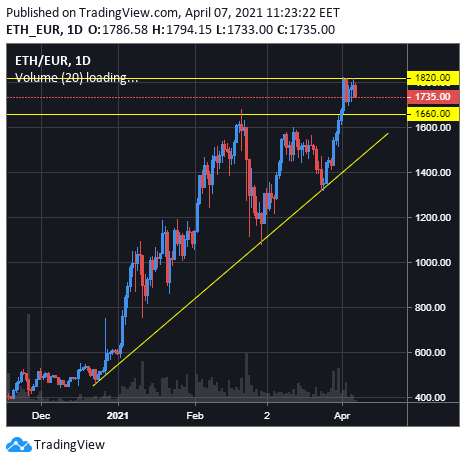 PAN and BEST also had impressive weekly gains, both reaching all-time-high marks. PAN reached €0.3 while BEST traded above €2 for a short period of time before settling around €1.6. 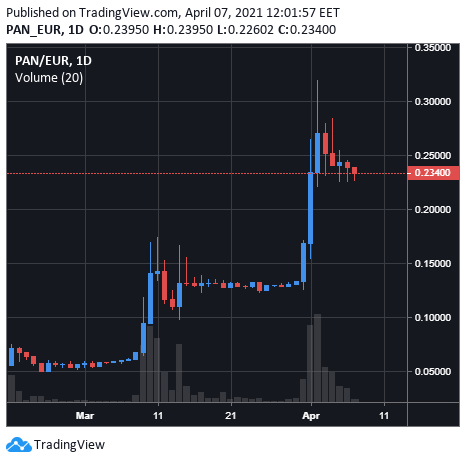 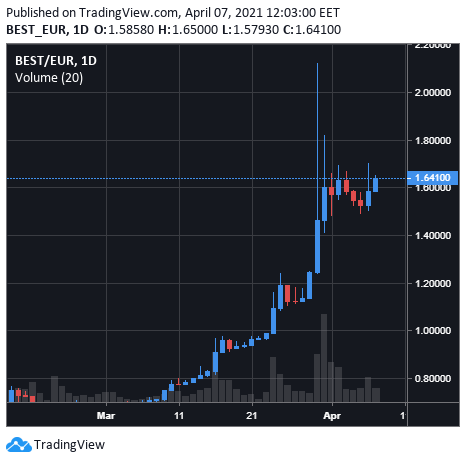 The recent surge in altcoin prices and a stagnation of Bitcoin have caused Bitcoin’s dominance to drop from around 72% to as low as 55%. The Bitcoin dominance rate shows how much of the total cryptocurrency market cap is represented by Bitcoin and it is important as it indicates the movement of altcoins.

The bearishness in Bitcoin’s dominance rate and bullishness in the altcoin market cap suggest that altcoins are likely to increase at a faster rate than BTC. The wording used in this situation is described as “altcoin season”.

Rising altcoins have already reduced a sizable chunk of Bitcoin’s dominance of the market. The Bitcoin dominance rate has been decreasing since the beginning of 2021 and is approaching the bottom, seen in 2019.