The biggest crypto rally so far in 2022

The crypto market managed to recover a considerable share of the losses it encountered over the past weeks, with Bitcoin currently pushing to reach the €40,000 mark. Bitcoin’s price recovered some 20% during the past seven days but is still down by around 10% from the beginning of the year.

Altogether, the crypto market has gained around 15% since last week, lifting the total crypto market cap to more than €1.75T. The Crypto Fear & Greed Index rose to 54/100, indicating neutral market sentiment. Just last week, it was indicating fearful sentiment at 28/100: this switch suggests that investors are starting to get more confident.

In general, this development is a bullish sign, as the change in market sentiment has the potential to boost further price appreciation, as retail investors usually behave more bullishly when prices are heading higher.

The beginning of February seems to be showing momentum building in favour of the bulls.

Market sentiment shifted rapidly with Bitcoin’s sudden 8% price spike on Friday, followed by bullish movement throughout the weekend. The rest of the market followed, with some major altcoins posting double-digit gains. 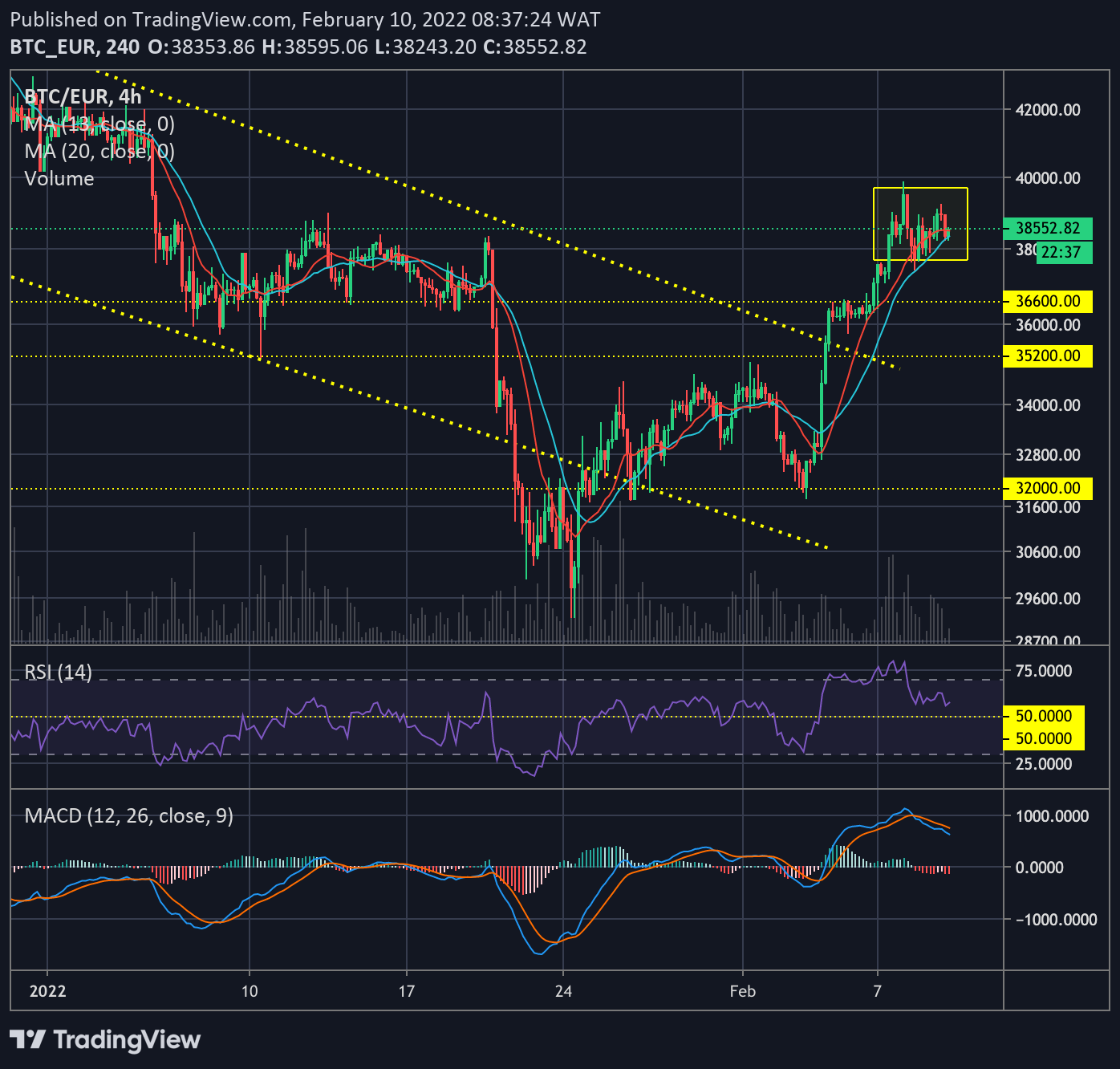 Bitcoin’s price has risen above its 50-day moving average for the first time in more than two months. The news comes after Bitcoin experienced its strongest increase in one day since October. The BTC price is consolidating around the €39,000 level where both bulls and bears are exchanging most of the trades. 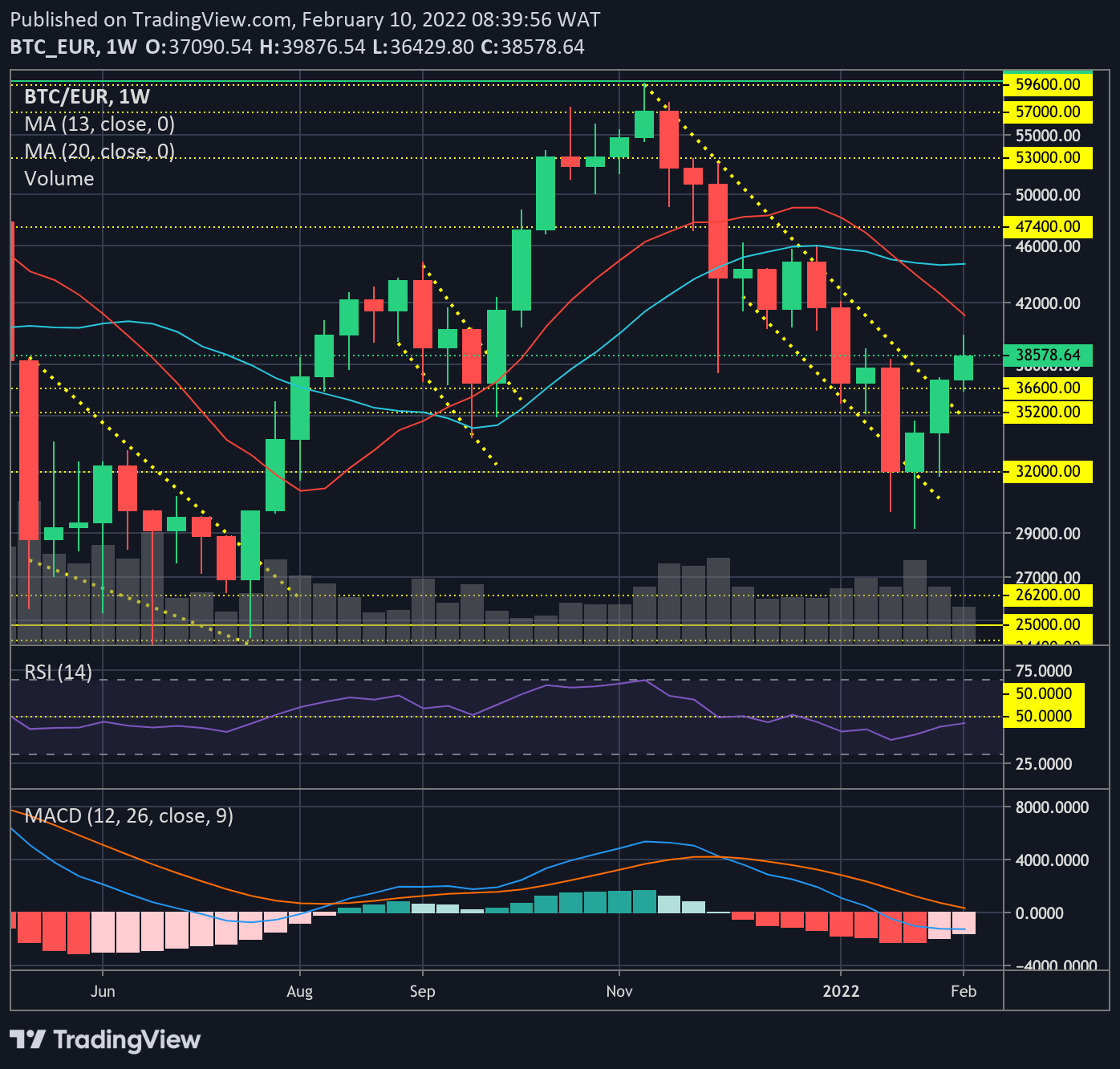 The weekly chart shows a progression to the upside following the €30,000 level lows, as BTC’s price formed a higher high & higher low formation. Bitcoin has closed a successful weekly breakout to the upside in the weekly highs, which implies that the week was dominated by the bullish recovery. More bullish movement might be on its way in the upcoming weeks.

Ethereum posts a 50% gain from its January low

Altcoins have followed Bitcoin’s sudden upward move and surged even higher. Ethereum has posted several green candles on the daily chart and gained some 25% in the past seven days. ETH is up 50% from the low it reached in January and is trading at the trendline resistance level of €2,800. 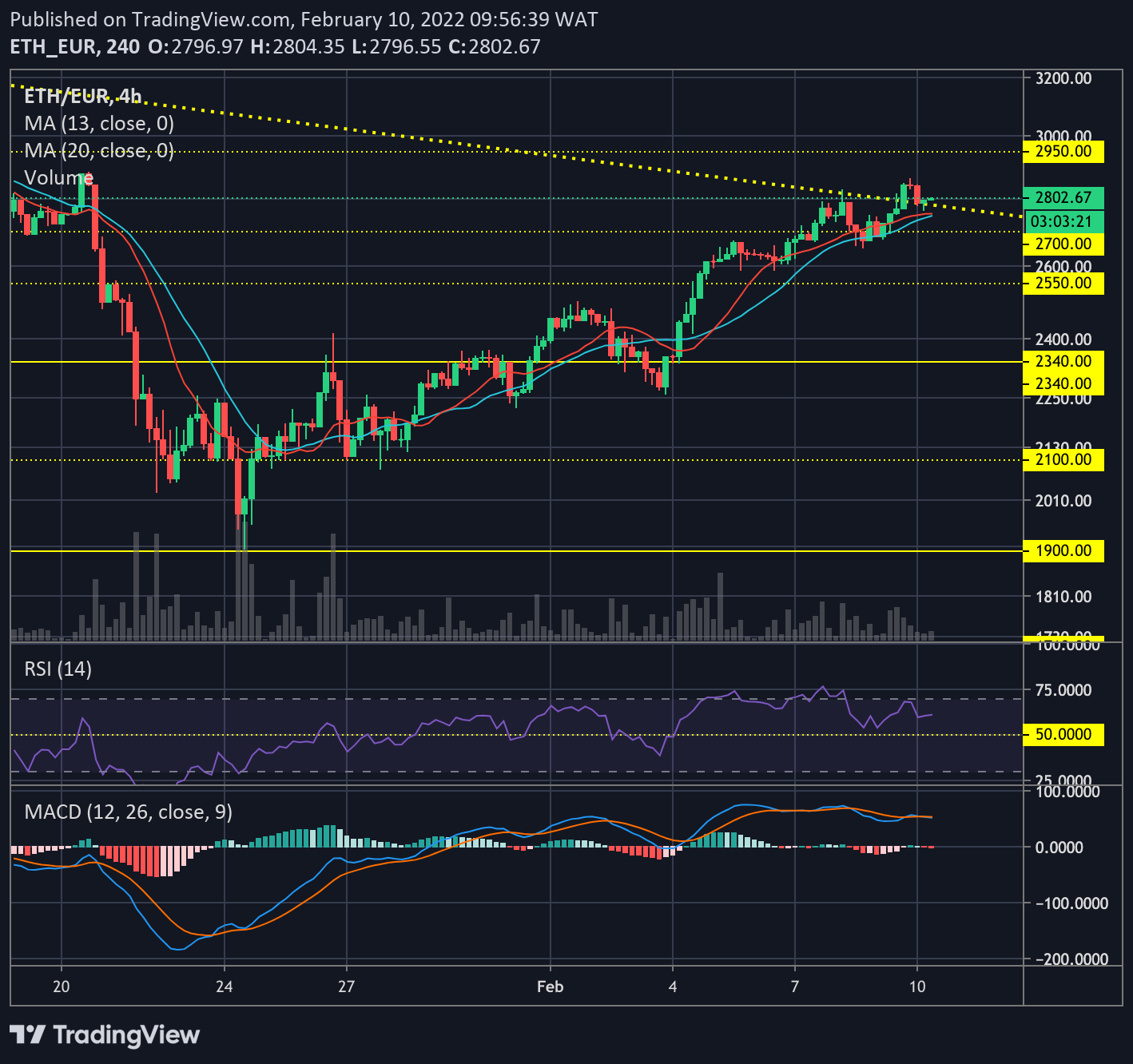 Memecoins are on the rise

Memecoins, led by Dogecoin and Shiba Inu, have ranked among the top movers in this week’s rally. DOGE gained 20% in market cap while Shiba grew by 60% in just 7 days, following its breakout from the resistance level at €0.000020. 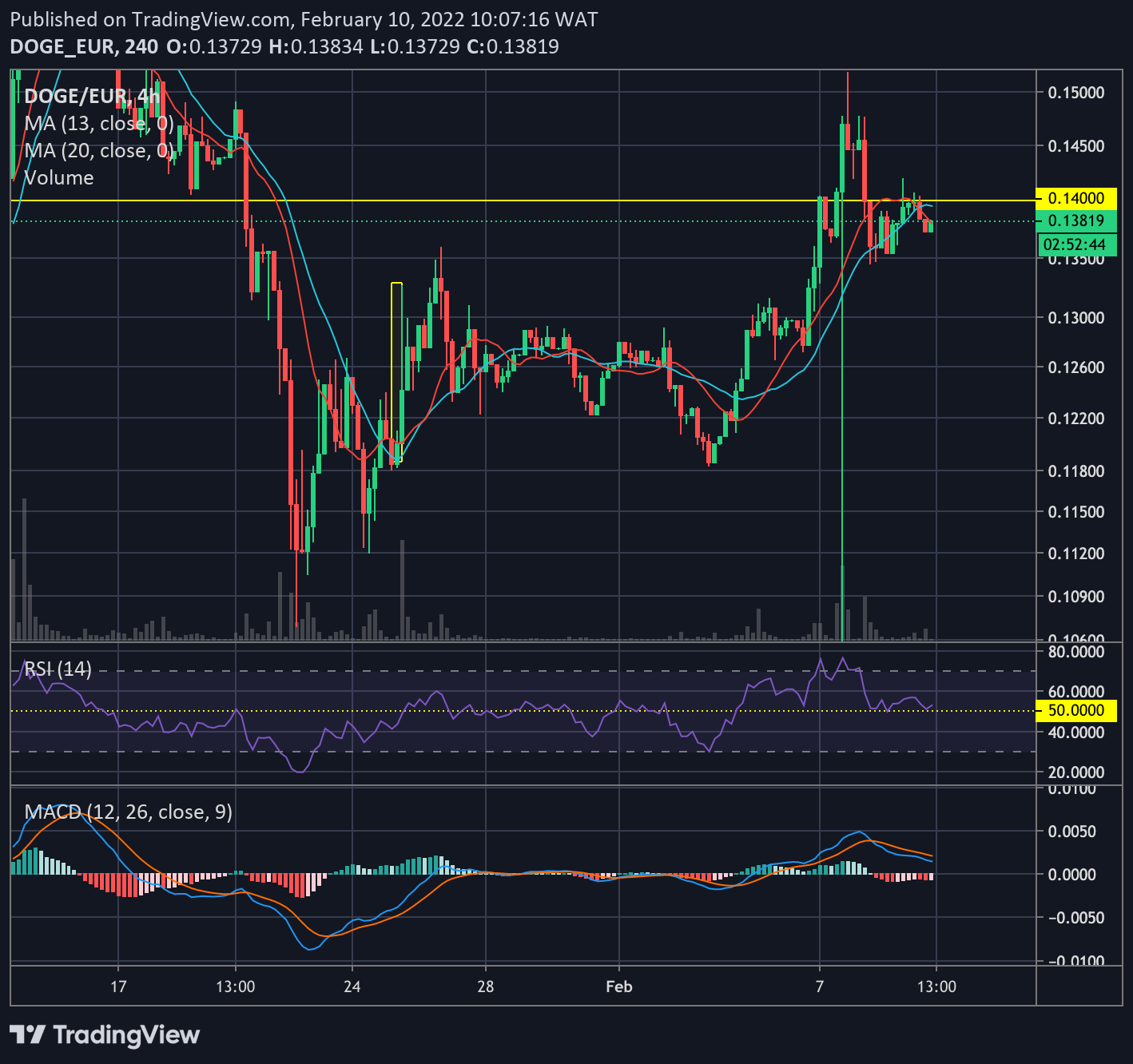 SHIB is currently trading near €0.000030 and reached a €16B market cap. Shiba Inu developers have announced a new project called Shiba Lands, their own metaverse. Digital real estate in the Shiba Lands metaverse will soon be available for sale. 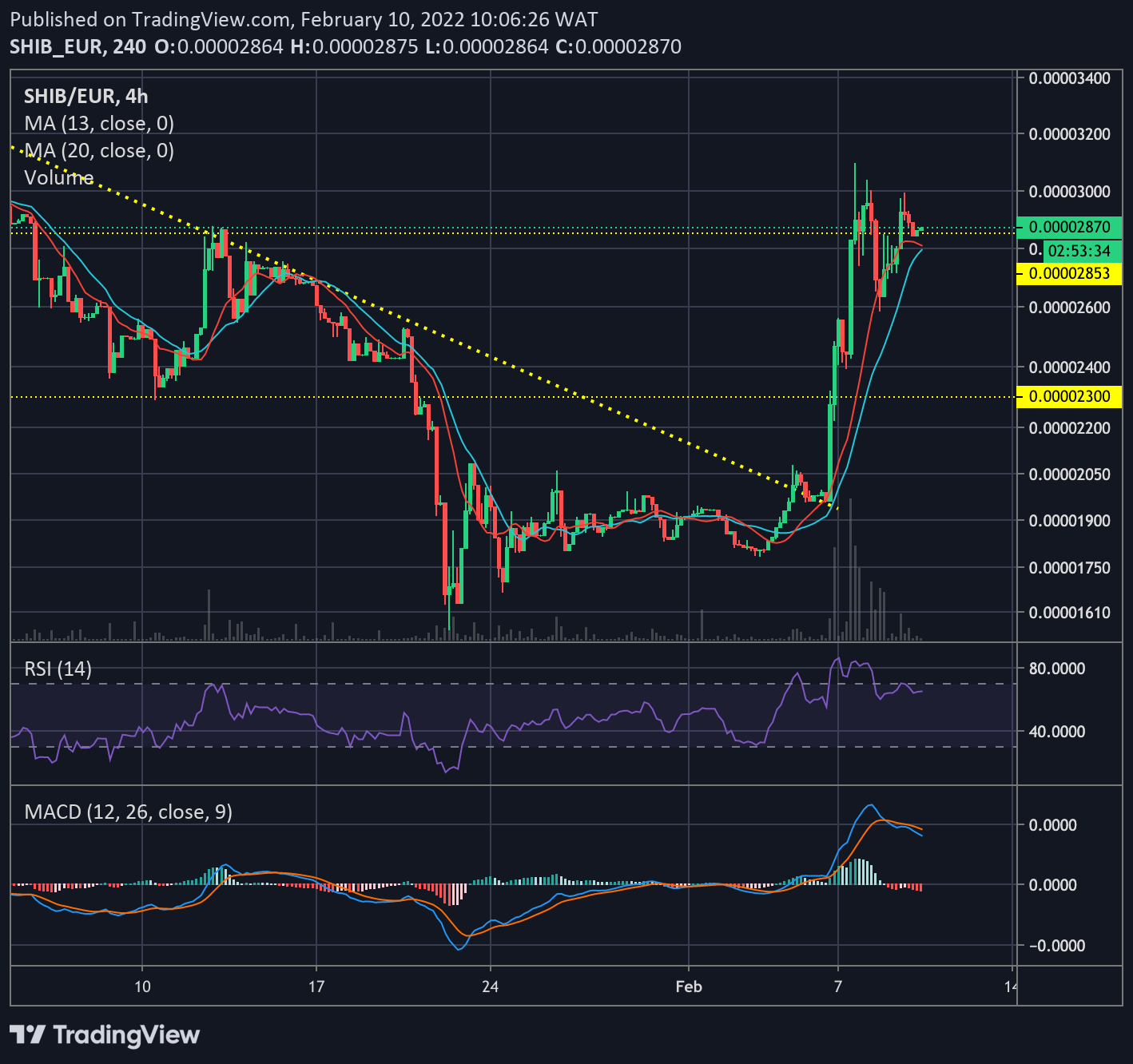 XRP lands a place among the biggest bulls

Ripple is one of the biggest bulls in the year’s biggest rally so far, surging by about 50% and reaching the price of €0.8 XRP has surpassed some major cryptos and now ranks as the 6th biggest cryptocurrency by market cap. XRP is up around 5% this year, despite the recent market sell-offs. 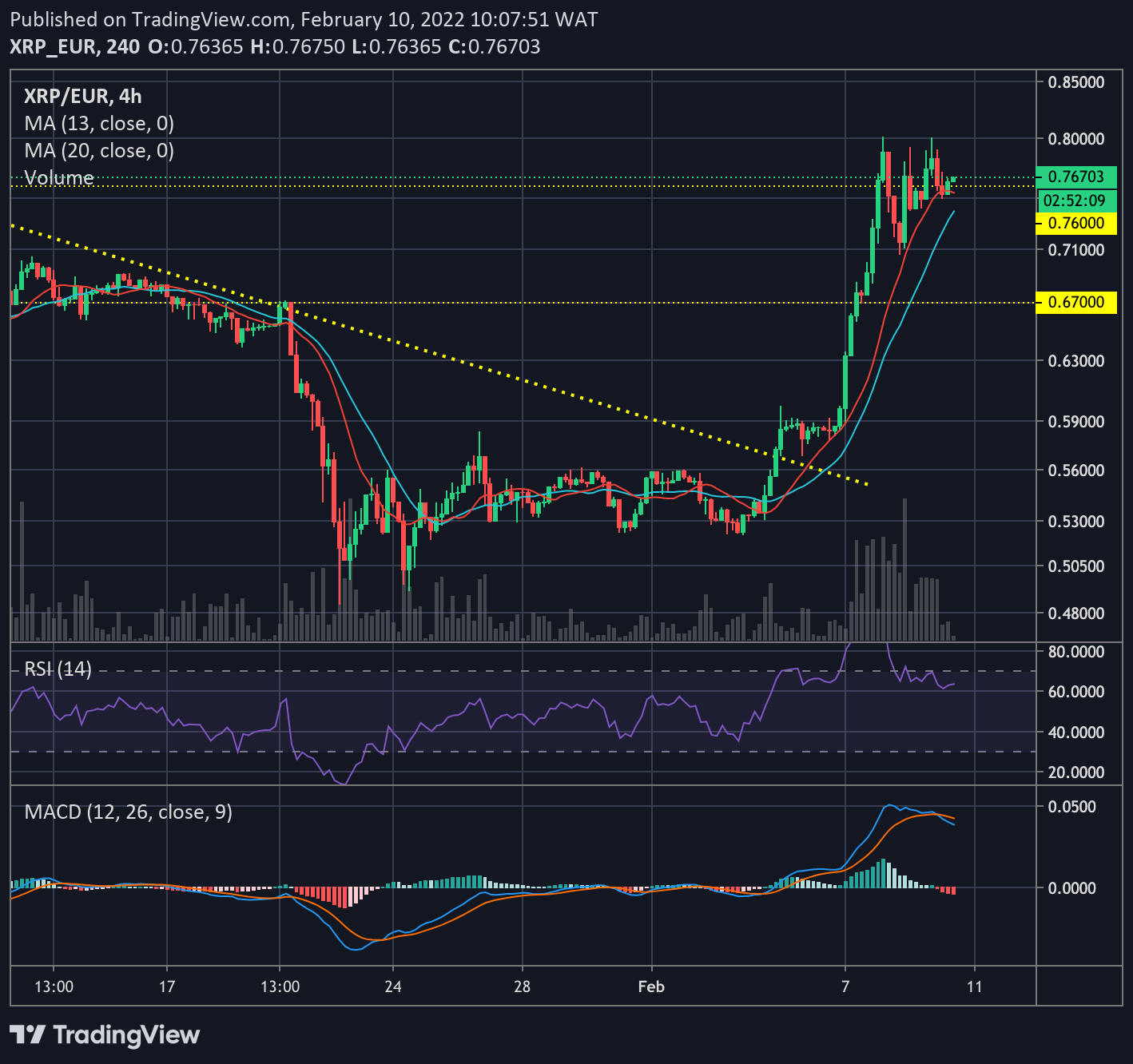 Polkadot is increasing its treasury pool

Bulls pushed DOT to the trendline resistance level of €20.5. DOT is trading above the €13 and €20 moving averages on the daily chart, suggesting buyers are in control and could try pushing the price over the resistance level to prolong the bullish move. 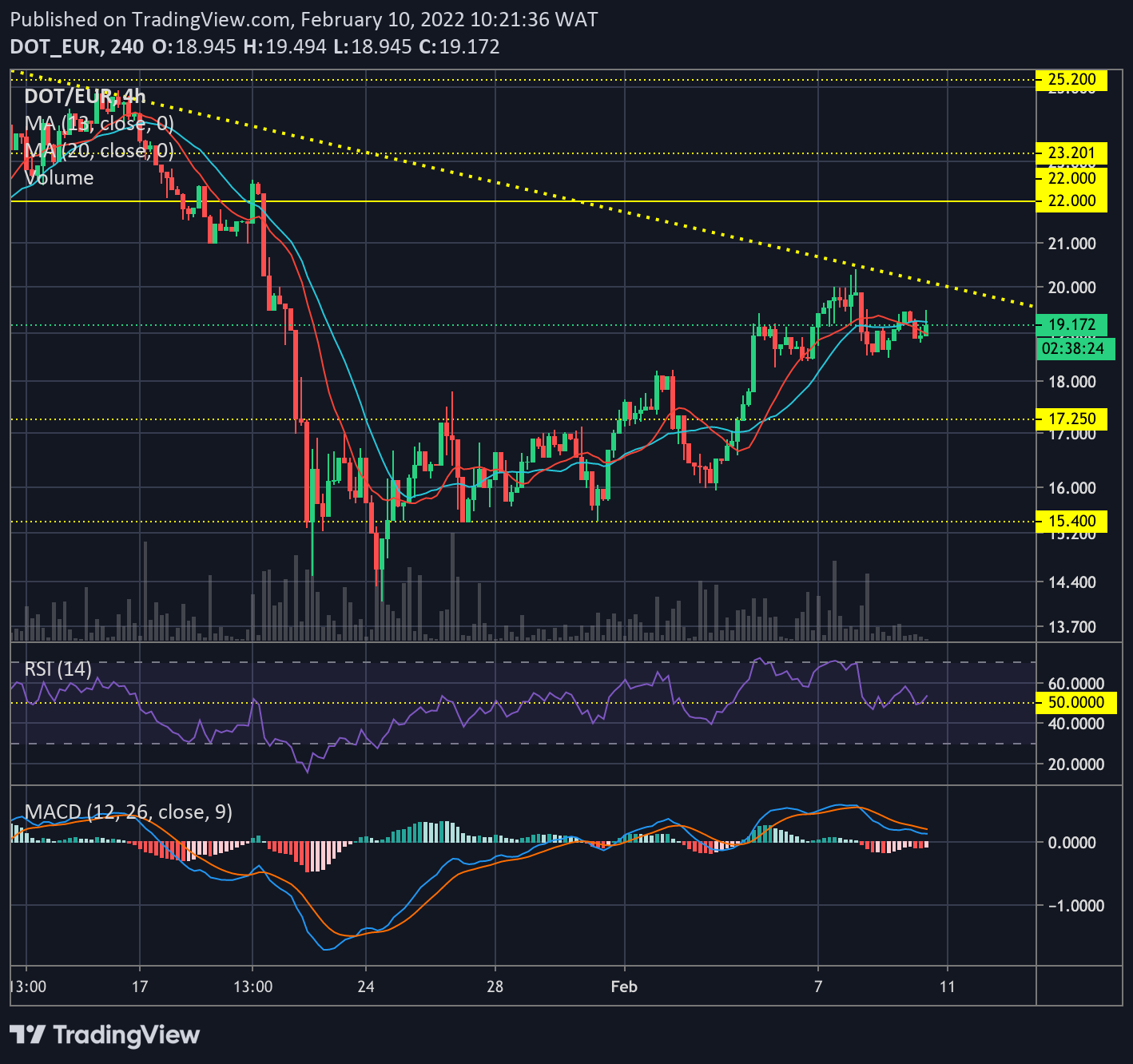 Polkadot recently announced it will be allocating over €20 million worth of DOT to support the development of its ecosystem and of the highly-anticipated Web3. This treasury pool is designed to fund projects that will benefit the ecosystem, such as the Pioneers Prize programme.

IOTA surges by 50% over the past two weeks

IOTA has been moving upwards since it formed a low of €0.62 on January 24. The price has surged by 50% and it is trading around the €0.9 area. Technical indicators for IOTA in the daily chart are relatively bullish, with both the MACD and RSI increasing. The RSI momentum indicator has moved above the 50-line on the daily chart, which is considered a threshold for a bullish/bearish trend. While the MACD momentum indicator is moving upwards, it hasn’t entered positive territory yet. Crossing into positive territory would encourage bullish momentum. 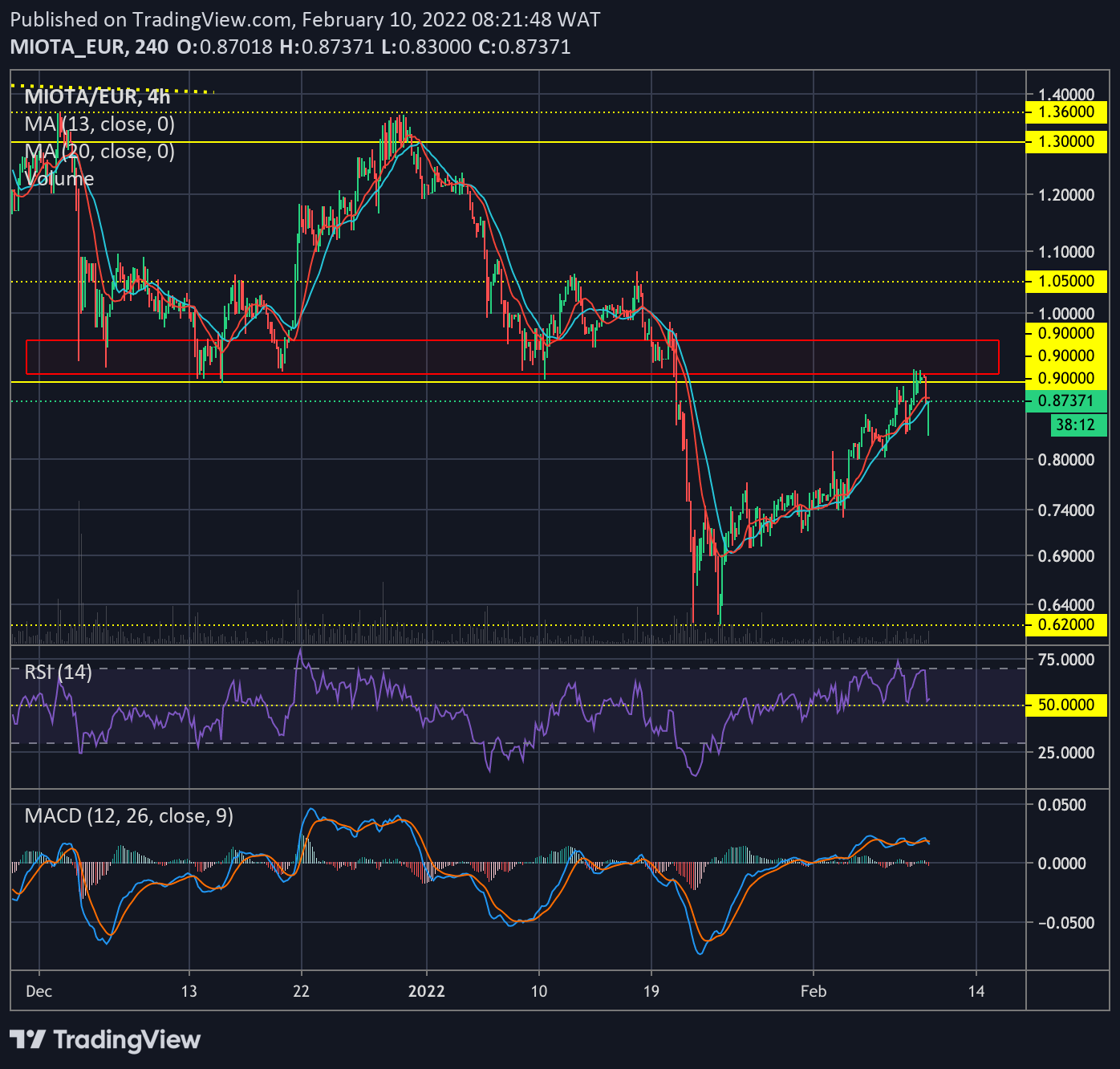