The broader digital asset space saw tremendous growth this week, as investors were buying heavily and pushed many coins to new all-time-high prices. The cryptocurrency market reached $2.2T, with the Bitcoin market cap being 53% of the value, while ETH holds at about 12%.

The broader digital asset space has seen tremendous growth this week, as investors were buying heavily and pushed many coins to new all-time-high prices. The cryptocurrency market reached $2.2T, with the Bitcoin market cap making up 53% of the value, while ETH holds at about 12%.

XRP was also in the spotlight as the token experienced massive gains. XRP, the digital token used in Ripple Labs’ payment network, doubled over the last few days and showed its highest weekly gain in more than three years. XRP jumped to the number four spot as the biggest coin according to market cap metrics, right behind BNB, ETH and BTC. The market value now sits between $80 billion and $140 billion, depending on how it is calculated, as the fully-diluted market cap is higher. Traders are showing positive reactions to the developments of the SEC case which had been one of the main obstacles for XRP’s growth in the last few months. 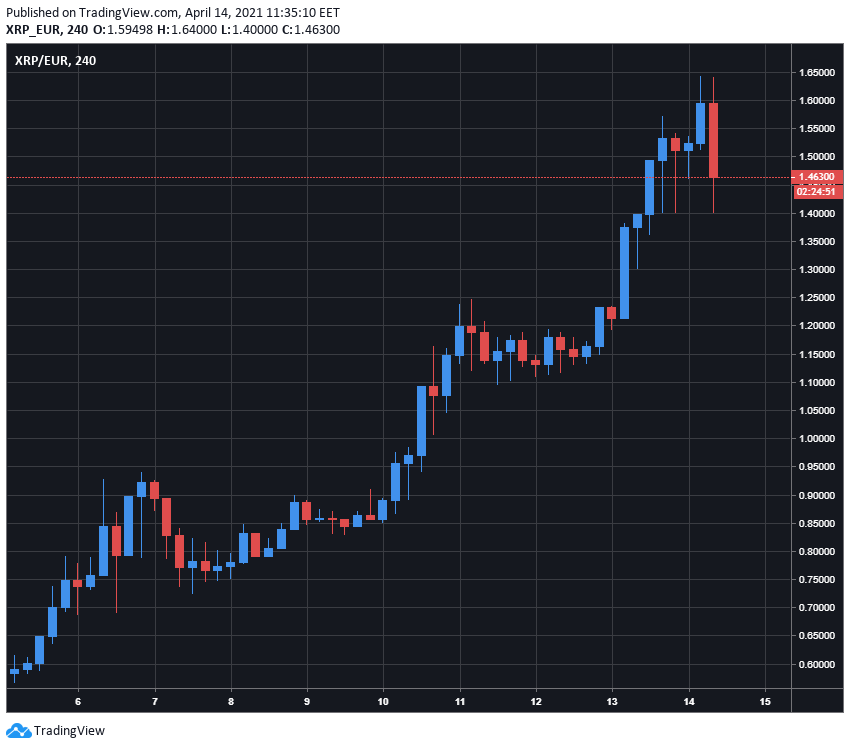 Bitcoin, the leading cryptocurrency smashed through resistance levels to hit a new all-time-high. It took BTC exactly a month to break past its former all-time-high and surge to a new peak. Since the start of the year, BTC has seen a growth of 120%. Right now it looks like the month-long consolidation is over and BTC is heading to a new price discovery phase. The €50,000 level seems like a strong psychological marker for a continuation of this trend. 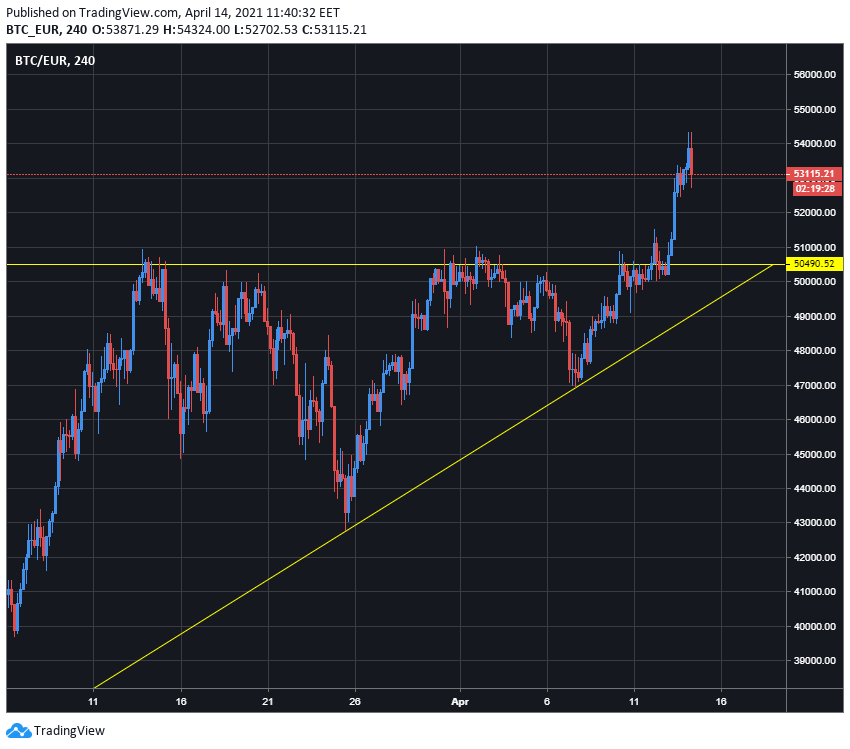 BTC’s share in the total cryptocurrency market value has fallen to its lowest level in two years after strong rallies from some of the industry’s biggest altcoins, including XRP and BNB. BTC’s market dominance currently stands at around 53% which is the lowest since 2019 and is down from 70% at the start of the year. As BTC’s dominance is declining, altcoins are gaining value. The trend shows how much money is flowing into digital assets beyond Bitcoin, which can be a good indicator of an alt-season rally.

Ethereum, the second-biggest overall cryptocurrency, also climbed to a new all-time-high of €2,000, which is an almost 40% gain in a month. 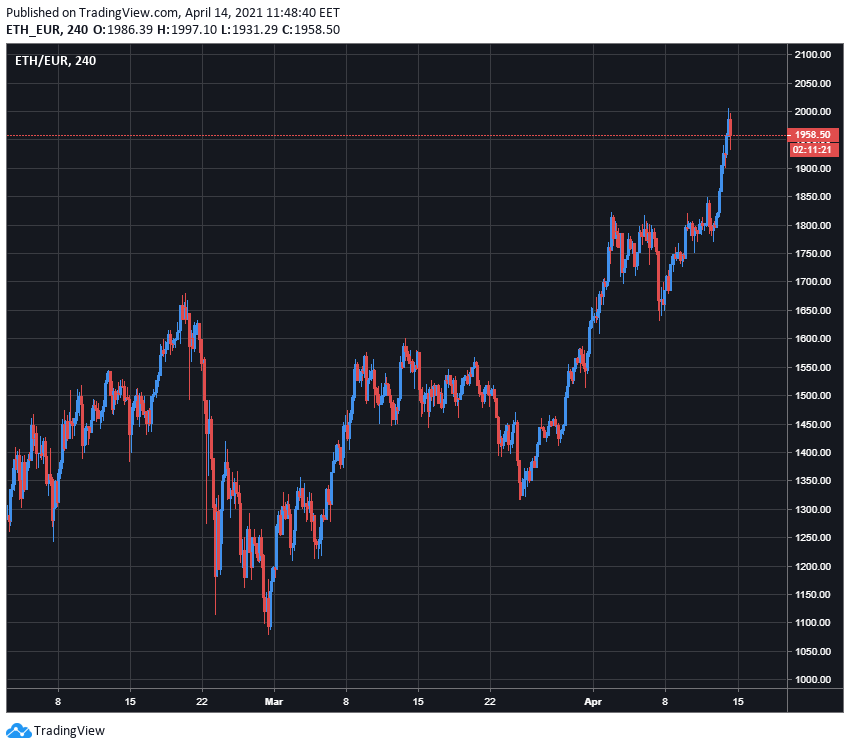 Following the big two cryptos, several others also performed very well. LINK followed a bullish trend in recent days and surpassed the all-time-high price that it reached in March 2021. The price of the tokenised Oracle network is now in the process of price discovery. LTC also broke out from an ascending channel and has reached its highest price since 2018. 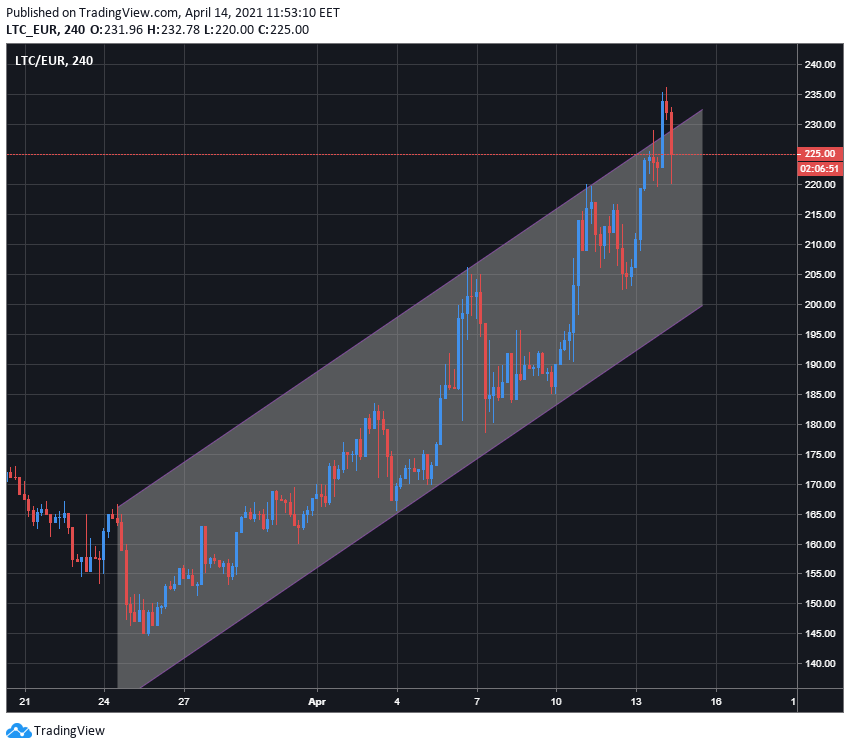 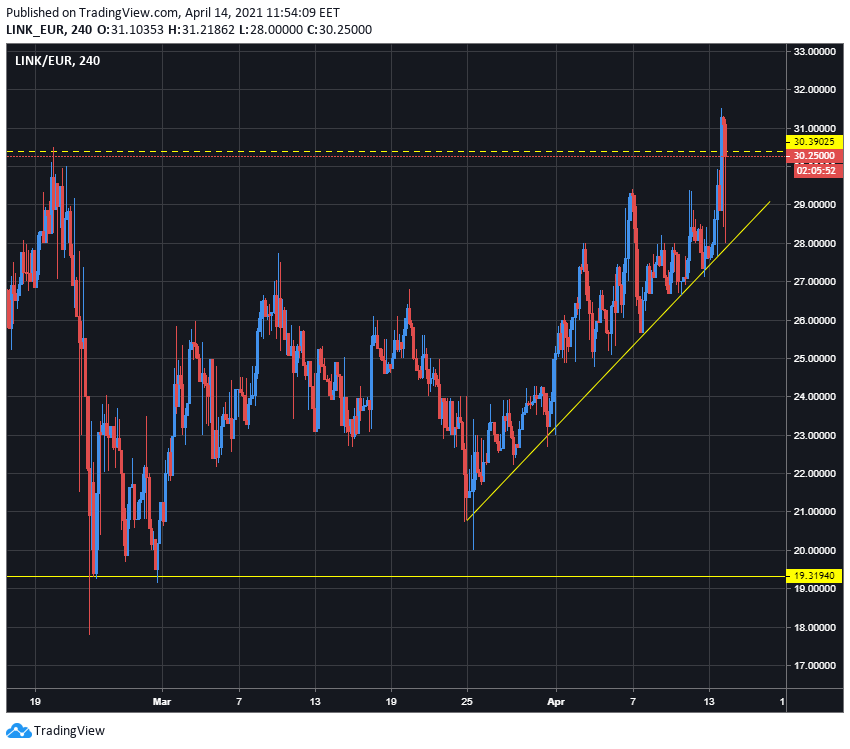 Exchange tokens were also among the big movers, such as our native token BEST. Increased volume, buying pressure and overall bullish momentum pushed the BEST price above €2 which marks a new all-time-high and new milestone respectively. 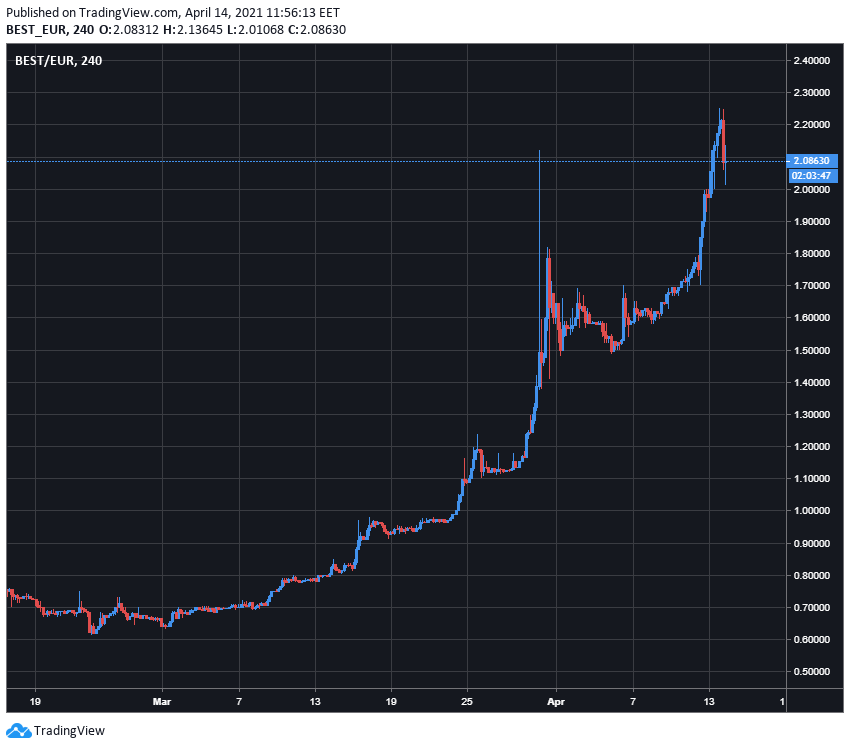