Bitcoin is breaking more records, albeit not very positive ones unfortunately. In fact, Bitcoin’s weekly chart printed its 9th losing session in a row for the first time ever. BTC has lost more than 55% of its market value over this time and also closed the month of May with a red monthly candle.

This sharp decline over the past nine weeks suggests a fundamental and psychological shift in investor sentiment. Crypto market sentiment has been reaching all-time low levels lately, with the Crypto Fear & Greed index at its lowest recorded value of 8/100 on May 17, indicating extreme fear. The Crypto Fear & Greed index takes a variety of metrics into consideration to determine the sentiment of market participants. The extremely fearful sentiment is still persisting at 10/100 today, with crypto prices appearing  in oversold positions and depressed overall.

So far, the bulls managed to save and maintain the support region between €27,450 and €30,250. BTC’s price is over-stretched on the downside, with multiple momentum indicators appearing in oversold territory. The RSI momentum indicator is moving under 50, while the MACD is still deeply in negative numbers, signalling that the short-term price structure is still bearish. On the bullish side, the RSI has reached values previously associated with bottoms. 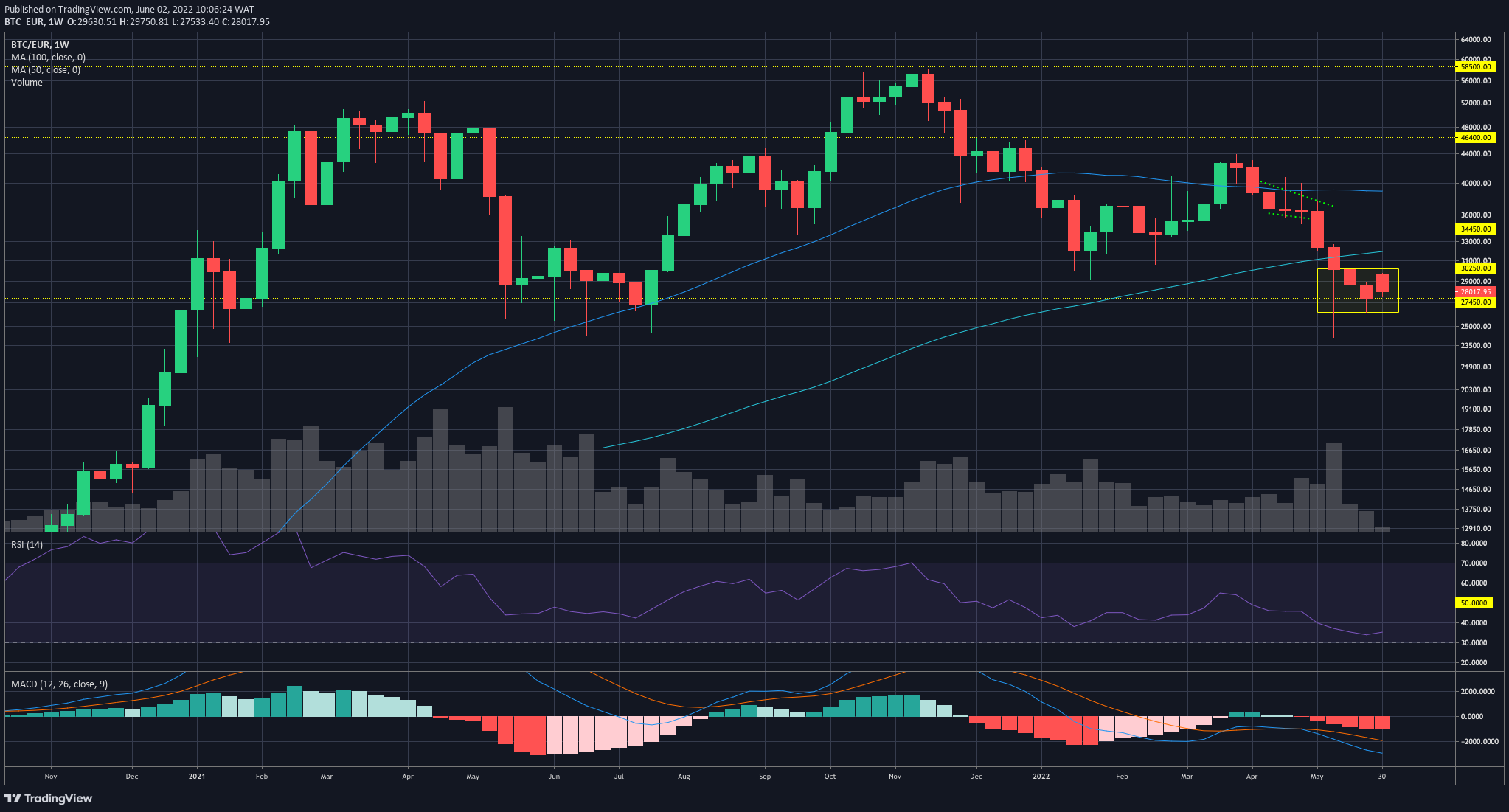 On the lower time frame chart, Bitcoin has been moving inside a trading channel for the past month. The low ranges have been defended multiple times by the bulls, while the €30,000 level has represented too strong a barrier to be surpassed for now. While the consolidation period is always followed by a breakout sooner or later, BTC still needs to regain support at the €30,000 level to attract more volume. 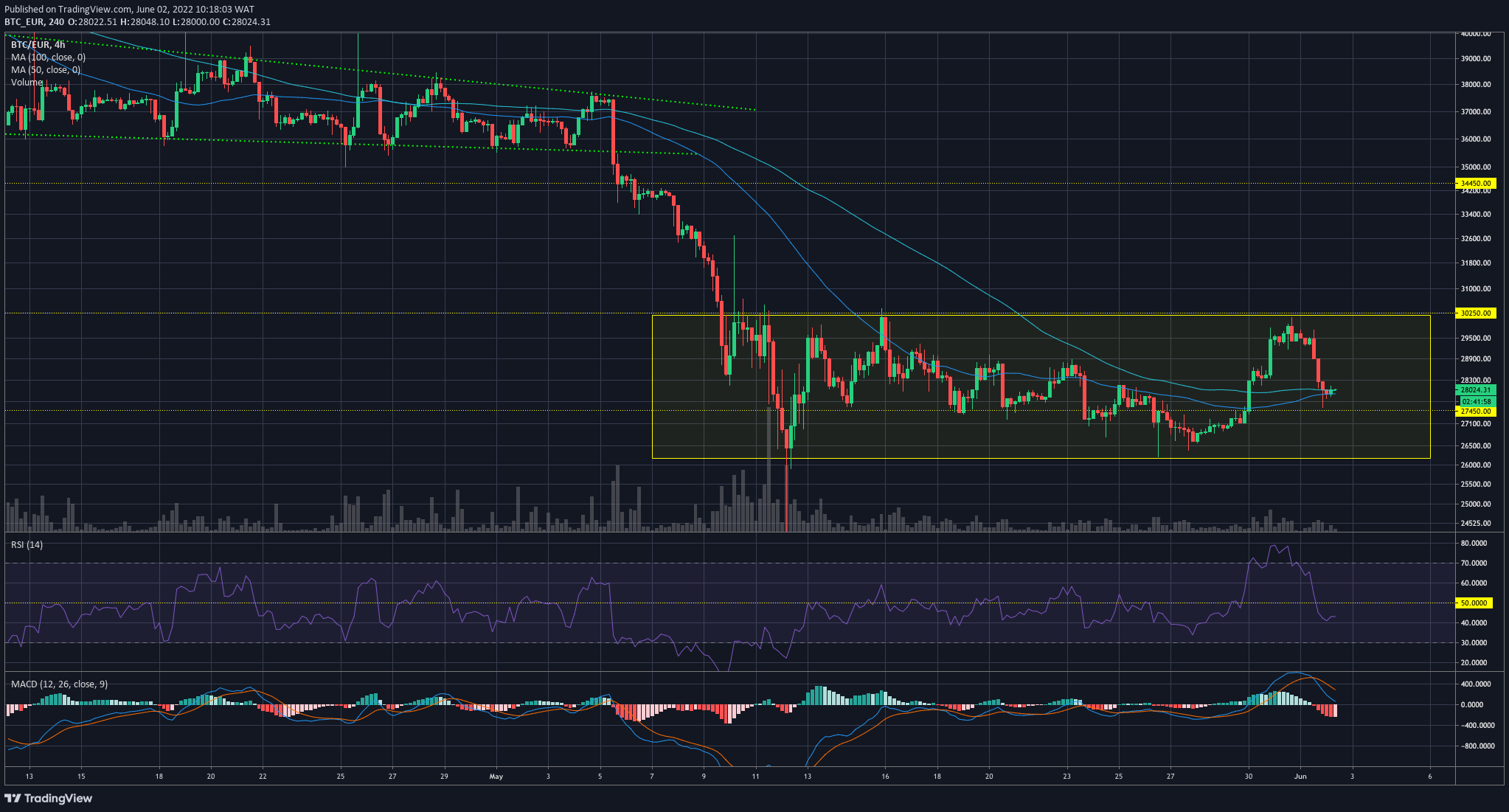 Overcoming such a barrier might generate a spike in buying pressure that could send prices toward the next resistance level of €34,450.

Bitcoin’s dominance at 47% amid altcoins losses

As Bitcoin remains relatively stable inside of its trading range, altcoins have been losing ground, with major altcoins taking heavier losses than BTC.

Ethereum’s price extended its decline below the resistance zone at €1,700. However, bulls have been active above the €1,500-level and have pushed the second biggest crypto up. Currently, ETH is trading under a descending trendline, which is acting as a resistance level. 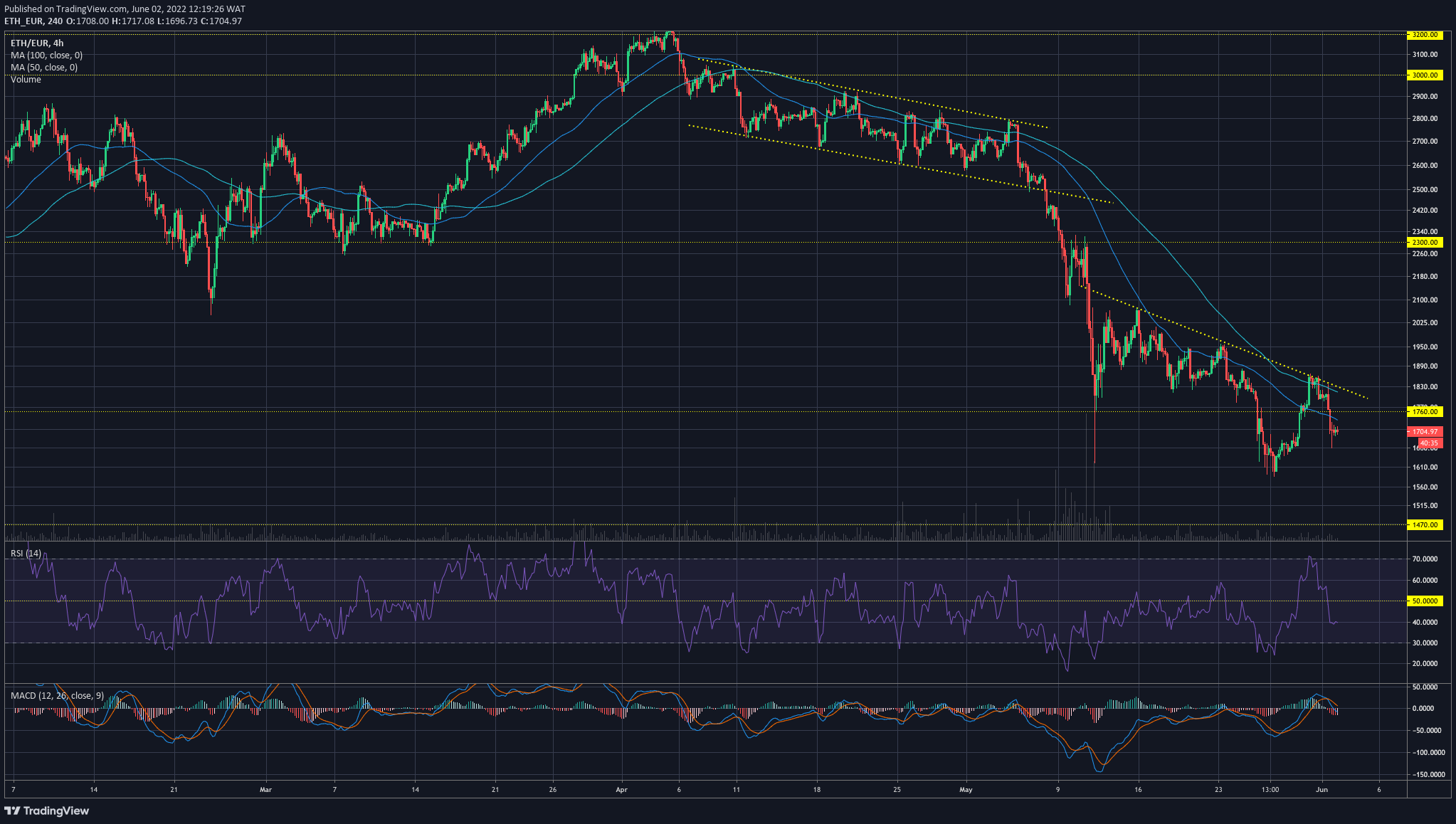 The RSI made a bullish divergence on the daily chart, marking a possible reversal area.

Cardano fell below its support trendline at €0.55 but bulls pushed ADA back up. These bulls now seem to be gathering strength to push the price further up to the upper trendline resistance at around €0.92. Several momentum indicators are hinting at a possible reversal on the charts. The MACD is picking up from oversold regions and the RSI passed the 50-level on the daily chart. 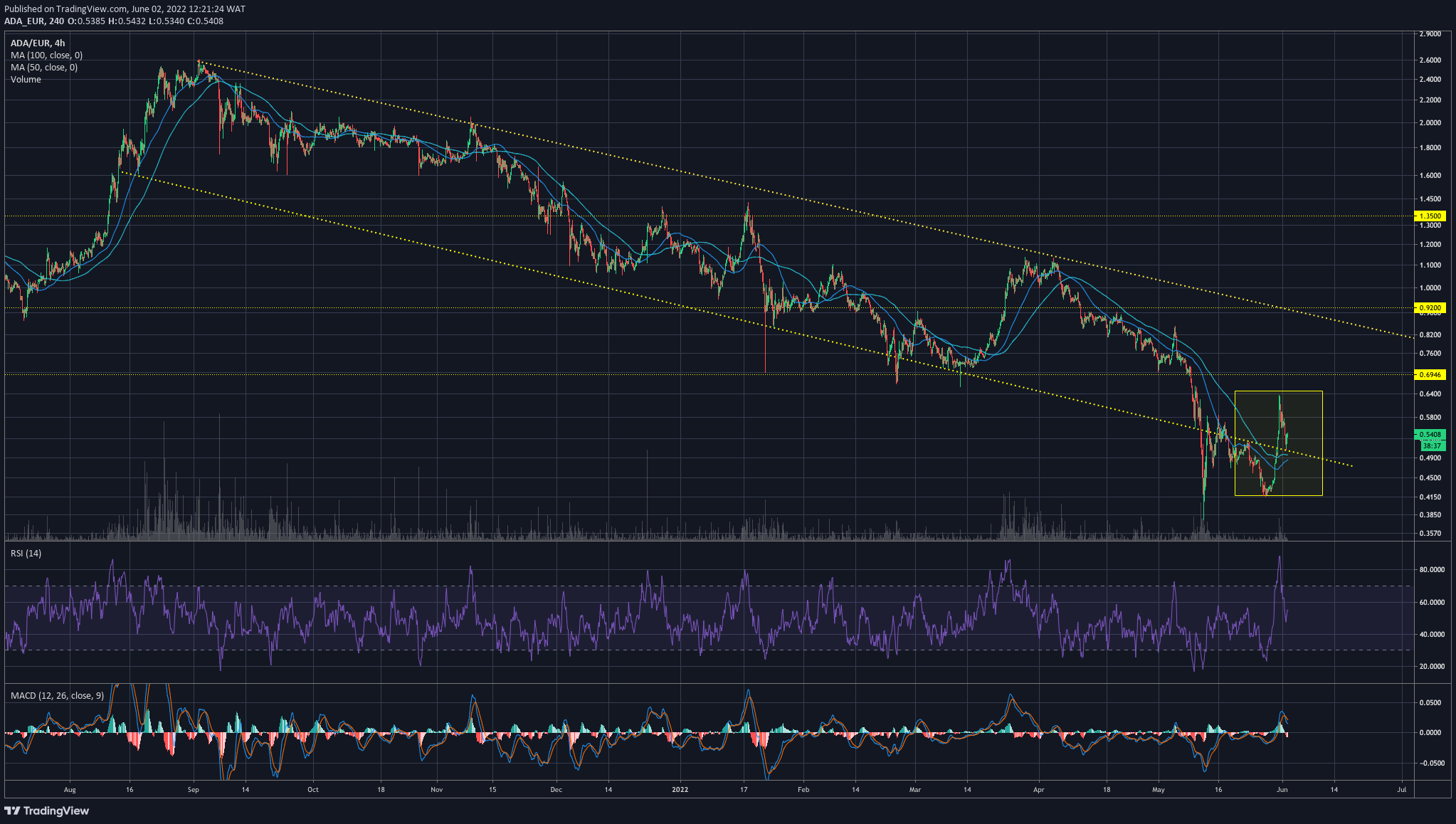 Solana suffered a major global outage, resulting in the network halting its activities temporarily as network validators were unable to process blocks, propelling the network to shut all of its applications down. The outage also affected SOL’s price, which fell by around 3% over the past seven days. 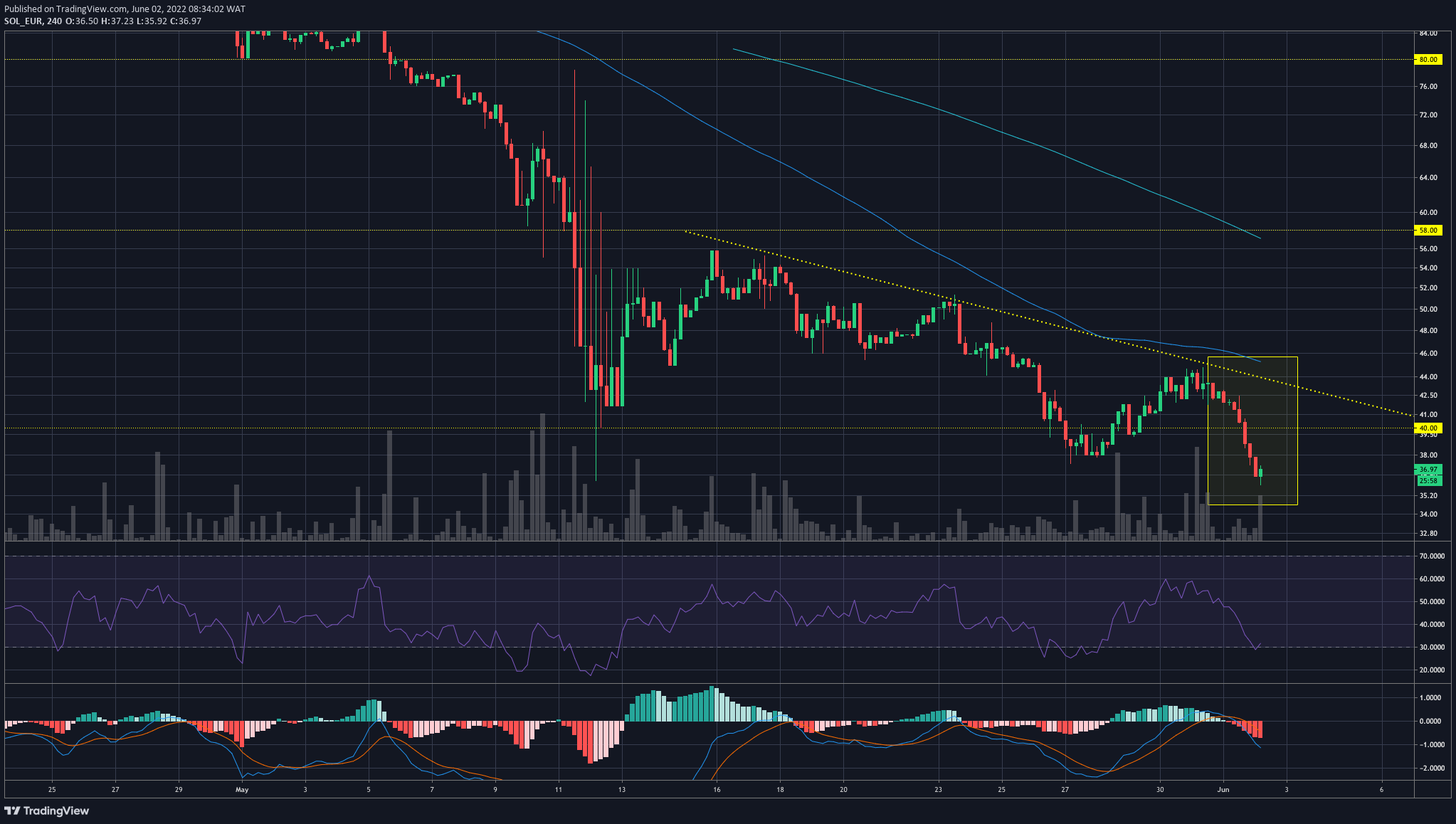 This is the second network outage that the Ethereum competitor encountered this month.

IOTA buyers are holding their positions on the important support level at €0.32. On the lower time frame chart, the price is moving inside of a smaller falling wedge. The sentiment is still bearish, with the RSI below 50 and the MACD in negative territory. 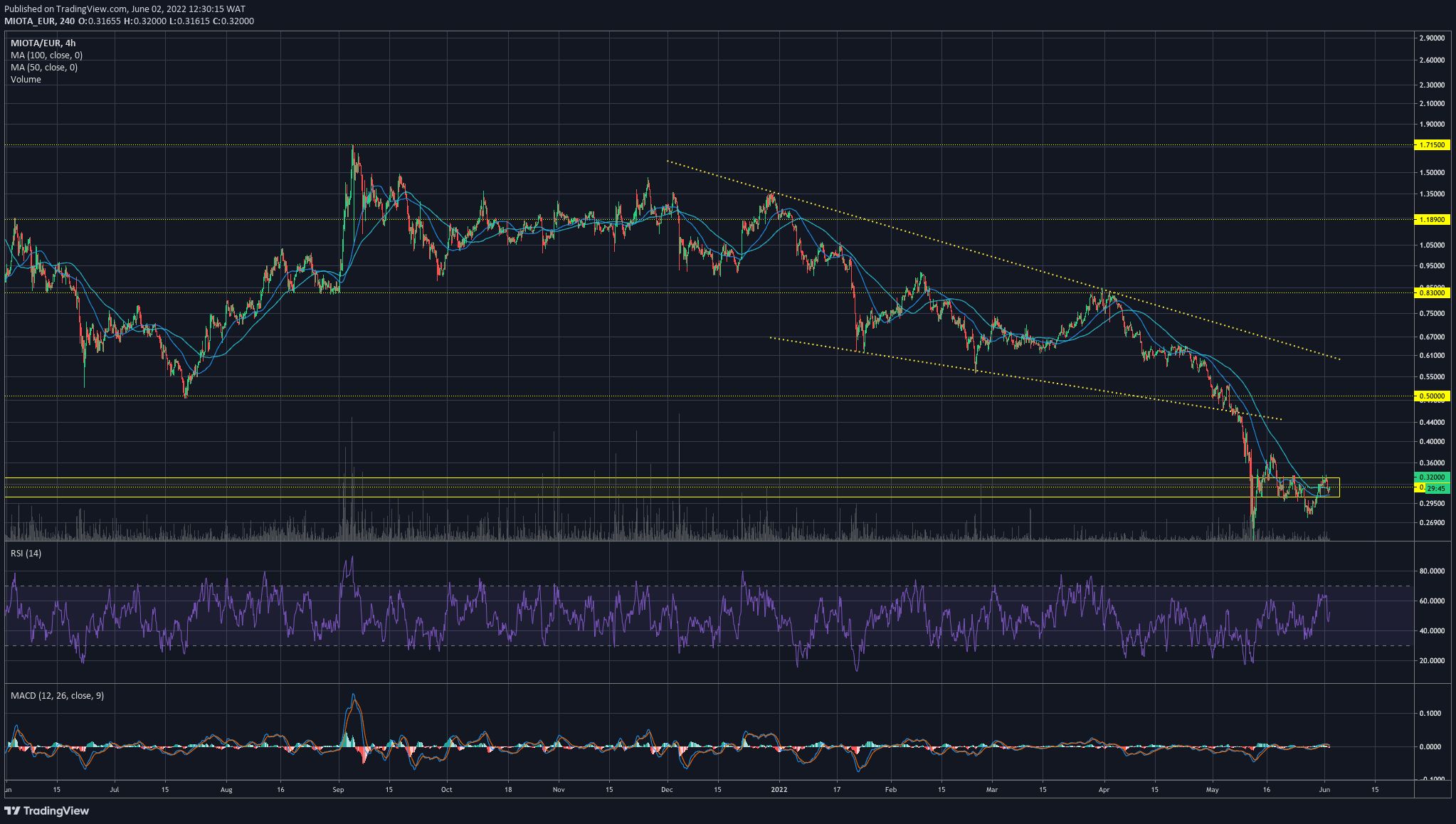 The BEST/BTC pair is maintaining its position inside a bigger symmetrical triangle pattern. These patterns are usually continuation patterns, where a period of consolidation is followed by a breakout. The price is slowly approaching support just under 0.000019. 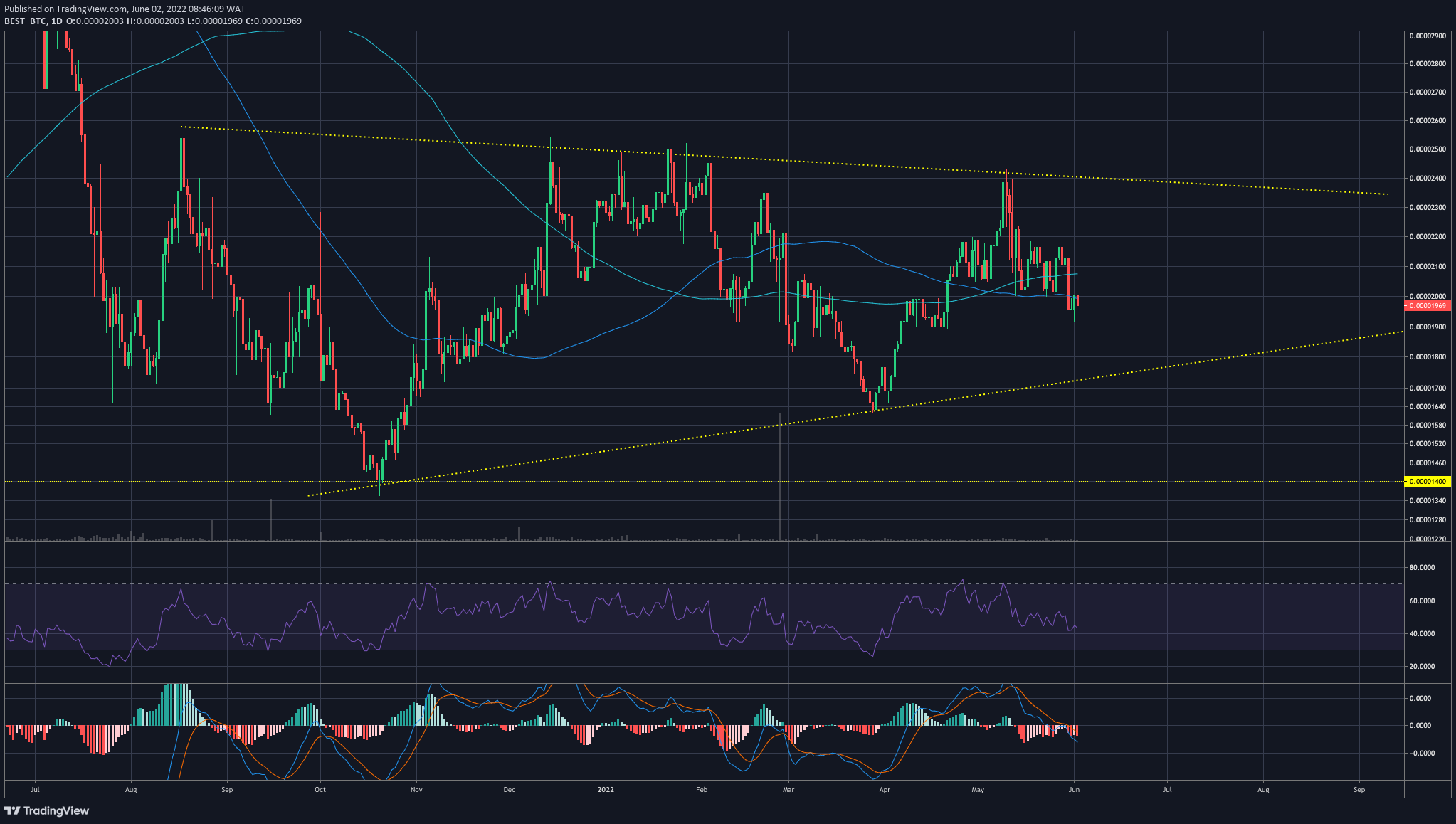