We already know that the cryptocurrency market is very volatile and big price movements are almost normal these days. Dumps and recoveries are also part of market movements. Last week started with a sell-off which was reflected across the cryptocurrency market, with Bitcoin dropping below €40,000 for the first time since the 7th of March. Corrections need time to unfold and find strong resistance levels where buyers take back control. Just like how after every storm, comes the calm, after every price correction, comes a recovery. Monday started very well, with bullish green candles across the board.

Bitcoin developed a support level of just under the €40,000 level and strongly rebounded to €46,000, which is an important resistance zone. Generally speaking, the movements seem bullish and positive for the broader market. The next higher time frame structure will be important for Bitcoin, as it will indicate whether the crypto-giant’s bullrun will continue, or possibly reverse. 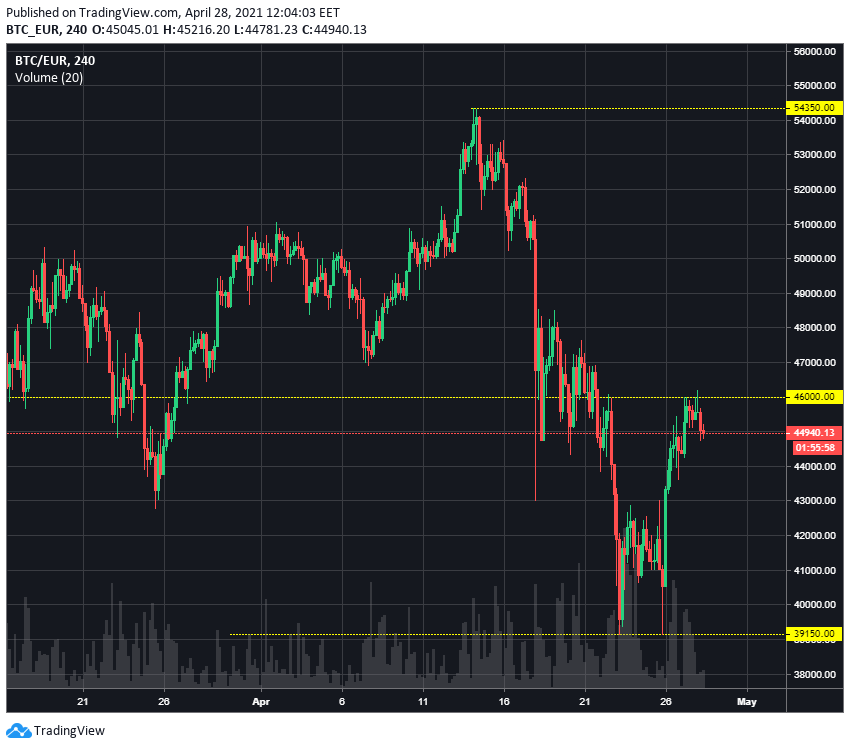 Ethereum quickly recovered after a 20% drop and hit a new all-time-high, as its price climbed to €2250 after a three day long rally. The second biggest cryptocurrency has added more than 20% to its value in recent days, and it has already tripled in value for 2021. Traders have shown plenty of enthusiasm thanks to a growth in the number of blockchain decentralised applications (dApps) and DeFI projects which are fuelling the market. The price was also driven by the recent news that the European Investment Bank will use the Ethereum network to issue two-year digital bonds. The EIB plans to issue €100 million worth of digital notes and some of the big names in the industry, namely Goldman Sachs, Banco Santander and Société Générale will manage the sale. This is huge news in terms of Ethereum's value proposition as a global settlement layer. Institutions like these getting involved in this matter might strengthen Ehteruem’s position in various ways. 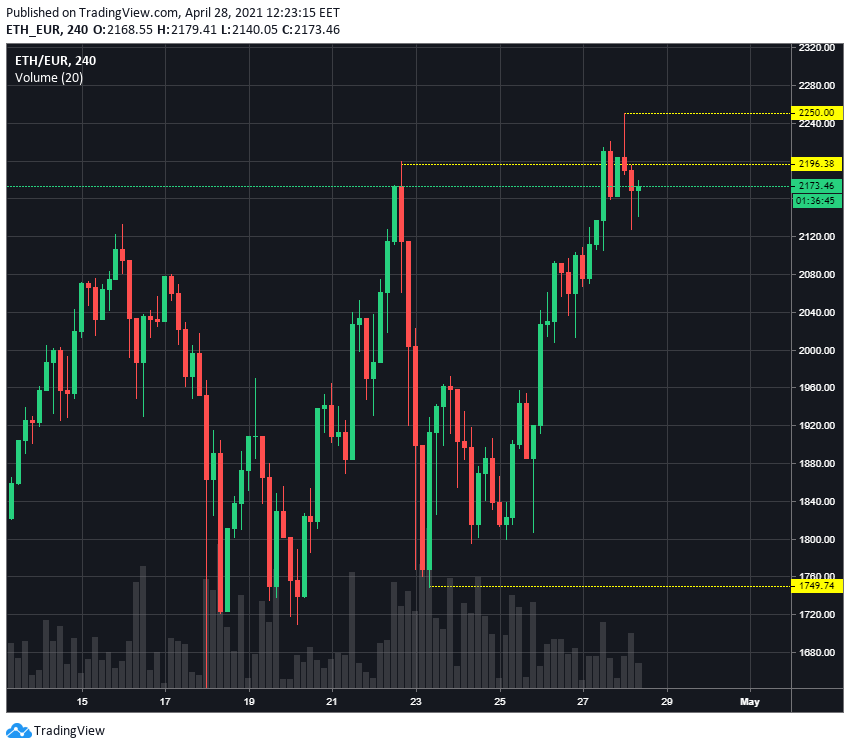 LINK also followed the overall bullish movement and showed an impressive rebound in recent days, jumping from the €20 to the €30 mark. It successfully broke out of a falling wedge pattern on the 4h chart and tested its resistance at €30. A falling wedge (also known as a descending wedge) is considered to be a bullish pattern, yet it can indicate both a reversal or continuation. The falling wedge pattern occurs when the asset’s price is moving in an overall bullish trend before the price action corrects back to lower levels. Within this pull-back, two converging trend lines are drawn. The part referred to as “consolidation" ends when the price action bursts through the upper trend line or through the wedge’s resistance. 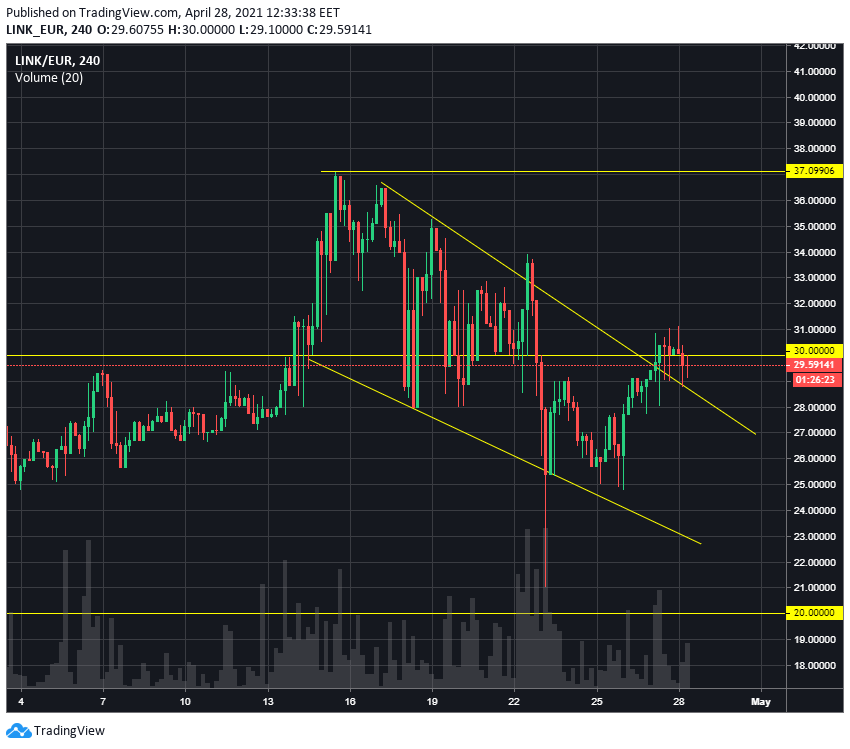 BEST had an impressive recovery from the recent correction on the crypto market and is now again trading above the €2 mark. PAN is also showing strength as its price rose to €0.3. 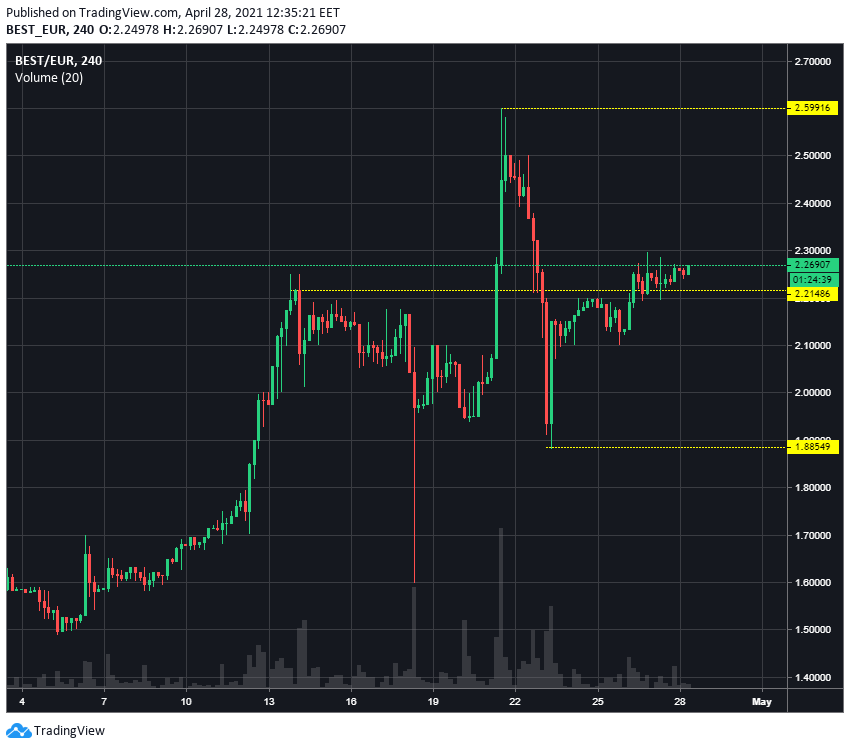 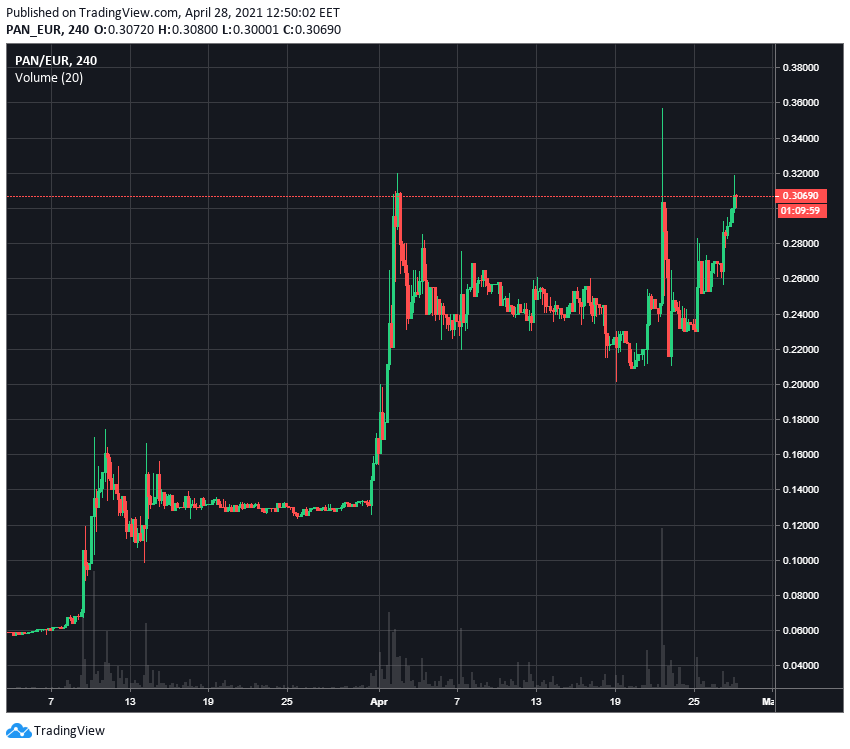 Altcoins followed Bitcoin in its rapid recovery, and some of them even reached new all-time-high prices. Many tokens recorded daily double-digit gains. IOTA skyrocketed from a local low of €1.3 and performed an almost 50% jump. 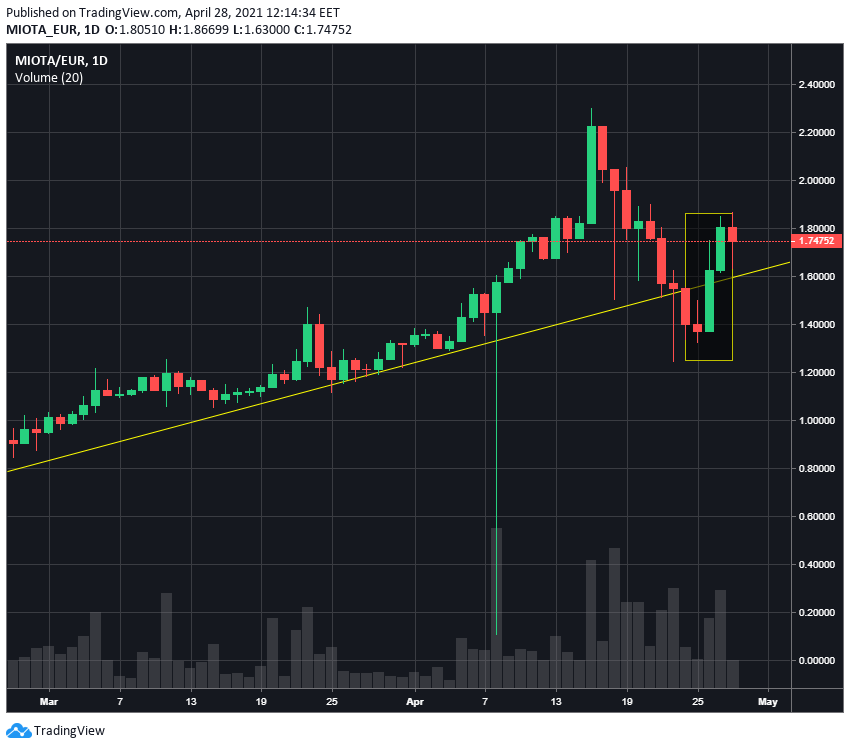 Great news for all traders. We keep expanding our trading pairs on Bitpanda Pro and you can now trade CHZ/EUR and DOT/EUR pairs.

Polkadot was introduced in 2016 by Ethereum co-founder Gavin Wood. It’s known as an open-source protocol that aims to enable cross-blockchain transfers of any type of data or asset. Polkadot raised over USD 145 million through itson initial coin offering, has a maximum supply of 997 million tokens and a current circulating supply of 916 million DOT.

Chiliz (CHZ) is a token mainly used for sport and entertainment platforms. Currently, it powers Socios.com, a platform that brings football fans and their favourite clubs together. Users can acquire Fan Tokens with Chiliz (CHZ) to influence team decisions and get exclusive membership and voting rights. Chiliz token is an ERC20 token that runs on the Ethereum blockchain. The total supply of CHZ is 8.88 billion.During the first two trading days, CHZ has been trading between €0.41 and €0.45. Chiliz surged 20-fold this year to reach a €2.3 billion market cap. On the other hand, DOT is currently trading at around the €27 level and is the 8th biggest cryptocurrency in terms of market cap, which is valued at over EUR 16 billion. 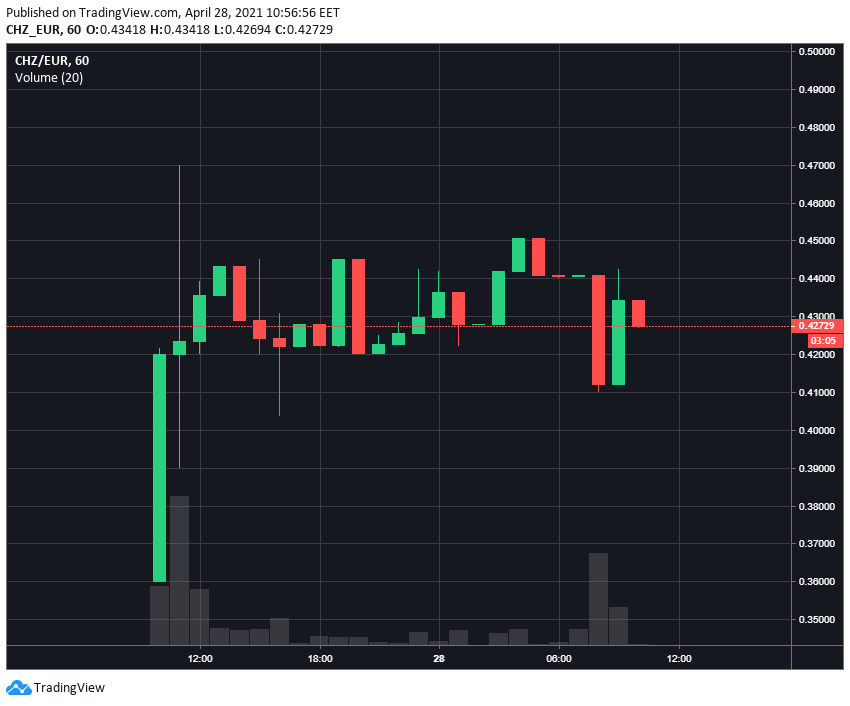 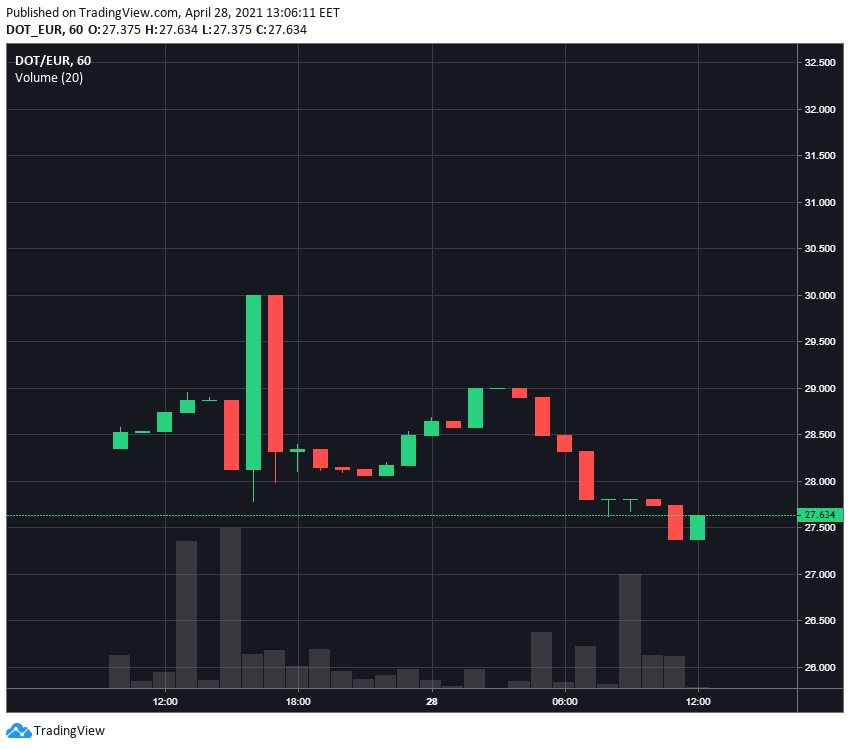